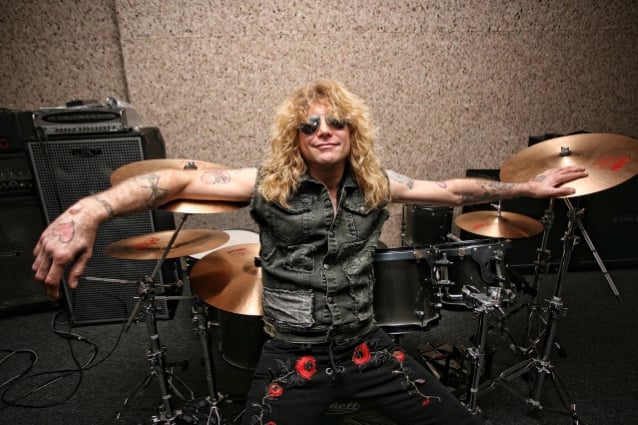 A 1988 Tama three-piece drum set purportedly once owned by former GUNS N' ROSES drummer Steven Adler is up for grabs on eBay, with an asking price of $125,000.

The seller's official description reads: "1988 Tama Rockstar Custom Faux Rock 3 Piece Drum Set, Owned and Used by Steven Adler Guns And Roses. Ultra Rare to find any Gear from Guns and Roses from 'in the Day' This kit was used between 1988 to 1991 when it was sold in 1991 it was kept in pristine condition until recently discovered. Has original set of Heads and comes completely with hardware Cymbals. What you see in the pic is what comes with the set. It does include the original heads. As you know this would be very expensive to ship so please keep that in mind."

Note: The drum kit in the above picture is **NOT** the one that is being sold.