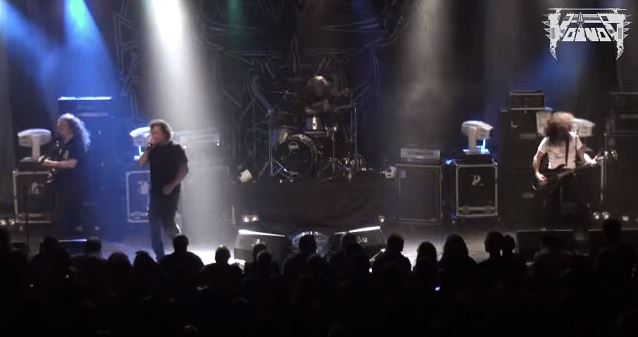 A Day In Life Of VOIVOD On 'Deathcrusher Tour' (Video)

Lifelong VOIVOD fan Eric Campbell spent a day with the band in Dublin, Ireland as part of the "Deathcrusher Tour" with CARCASS, NAPALM DEATH, OBITUARY and HEROD and captured a unique insight into VOIVOD's preparations for the gig. Check out the footage below.

Speaking about VOIVOD's split with bassist Jean-Yves Thériault (a.k.a. Blacky) and addition of Dominic "Rocky" Laroche, the band's drummer, Michel "Away" Langevin (a.k.a. Away),told Thrash Eaters: "Last year, Blacky didn't agree on how the band should be managed and all that, so we parted ways. And we didn't want the situation to be complicated. I mean, we could have phoned back Jason [Newsted, former METALLICA and VOIVOD bassist] and all that, but that's complicated; it's another set of issues. And we wanted to be able to give each other a call and say, 'Let's jam,' and go to the rehearsal space. So that's what [VOIVOD guitarist guitarist Daniel 'Chewy' Mongrain] told me. He said, 'I know somebody, and I'm sure, sure, sure, sure, sure he can do it.' And I'm, like, 'Great! Let's jam.' And that was it."

On the topic of VOIVOD's songwriting process following the passing of the band's original guitarist, Denis D'Amour (a.k.a. Piggy),Mongrain said: "I was really happy that people would accept me as part of VOIVOD. But it's kind of a mission to respect the vocabulary, the sound, the core of the music of VOIVOD. I mean, when we arrive with some riffs that sound in the spirit of VOIVOD and Michel starts to play a drum beat and Snake [Denis Belanger] comes with a beautiful line, it becomes VOIVOD right away. There's no way it's not a VOIVOD song, as soon as we jam together and improvise. The communication is there, so it's pretty easy, I think. It's a lot of work, though. But it becomes VOIVOD pretty fast." 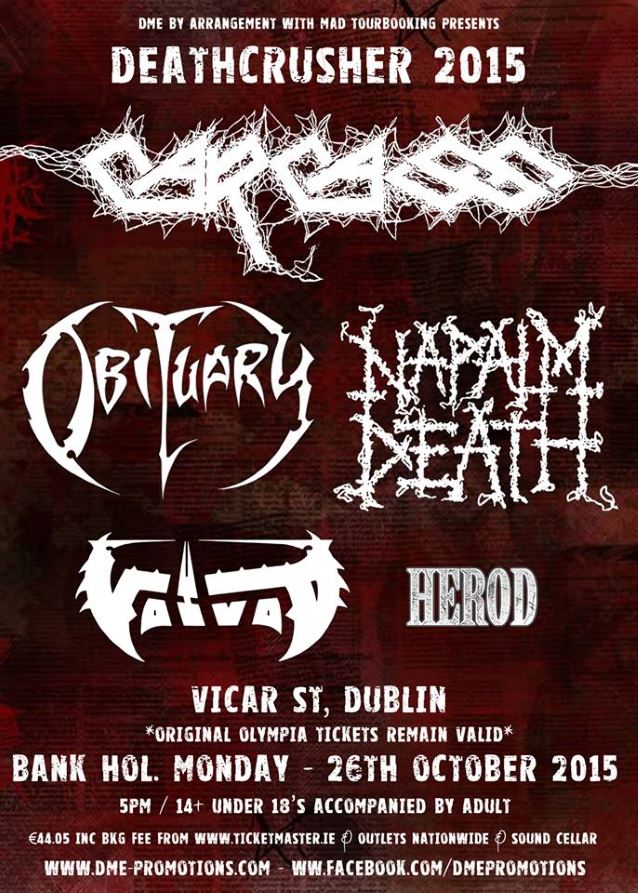