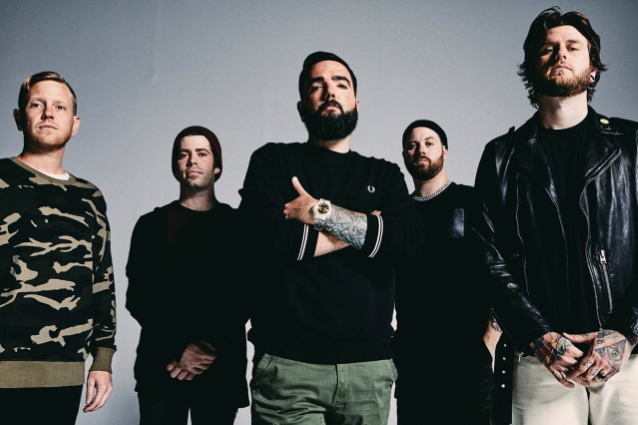 A DAY TO REMEMBER To Release 'You're Welcome' Album In March

Ocala, Florida rock band A DAY TO REMEMBER has returned with news of its widely anticipated new album, "You're Welcome". Set for release on March 5, 2021, "You're Welcome" marks the platinum-selling band's debut album for Fueled By Ramen.

A DAY TO REMEMBER vocalist Jeremy McKinnon commented on the forthcoming collection, noting: "It's finally here — almost! To all our fans around the world, we want to say, 'Thank you!' You've waited patiently, and we can't wait for you to hear this. There's a lot of detail in everything we do from the mixes to the artwork, because it all tells a story. So, we made sure each element was perfect. Every line happens for a reason. We took what we envision modern music to be and made a hybrid of who we were, who we are, and who we want to be. It took a lot of maneuvering to get it right, but we feel like we did. We're here now and very happy to present 'You're Welcome'."

To herald the record's arrival, the band has also shared the new single "Brick Wall", which is available today on all streaming platforms.

Largely produced by Colin "DOC" Brittain and the band's own Jeremy McKinnon, the 14 tracks on "You're Welcome" represent another major step forward for the acclaimed quintet. Highlights include "Bloodsucker", which ravages with an infectious intensity, while "F.Y.M." spouts punk energy through an unforgettable chorus. "Viva La Mexico" builds to a stadium-sized chant backed by walls of guitars, whereas "Everything We Need" closes out the album with a plaintive melody and acoustic eloquence, once more showcasing A DAY TO REMEMBER's multifaceted songwriting.

A DAY TO REMEMBER preceded "You're Welcome" with release of "Mindreader" earlier this year. Since then, the track has amassed over 18 million global streams while its accompanying animated music video has generated over two million views. "Mindreader" followed early standalone singles "Degenerates" and "Resentment" which have collectively amassed over 100 million global streams. Billboard praised "Degenerates" as "an anthemic hybrid of post-hardcore and pop," while Kerrang! hailed, "'Resentment' offers a taste of the musical direction the band are heading, and will certainly tide us over until more news arrives."

Since its formation in 2003, A DAY TO REMEMBER quietly emerged as arguably the biggest underground band in the world. The Florida group affirmed this status by achieving one platinum album, one gold album, one platinum single, and four gold singles. Not to mention, each full-length record ascended to No. 1 on the Billboard Rock, Indie, and/or Alternative charts, with 2016's "Bad Vibrations" bowing at No. 2 on the Billboard Top 200. They've put up unprecedented numbers for a rock act in the 21st century, generating 850 million Spotify streams, 500 million YouTube views, and sales of three million-plus units. They've also packed arenas on continental tours and attracted a worldwide audience consisting of millions. Additionally, A DAY TO REMEMBER successfully launched their own Self Help Festival in 2014, which continues going strong. Plus, everyone from Marshmello to PIERCE THE VEIL has sought them out for collaborations. All of which explains why Rolling Stone called them "An Artist You Need To Know." 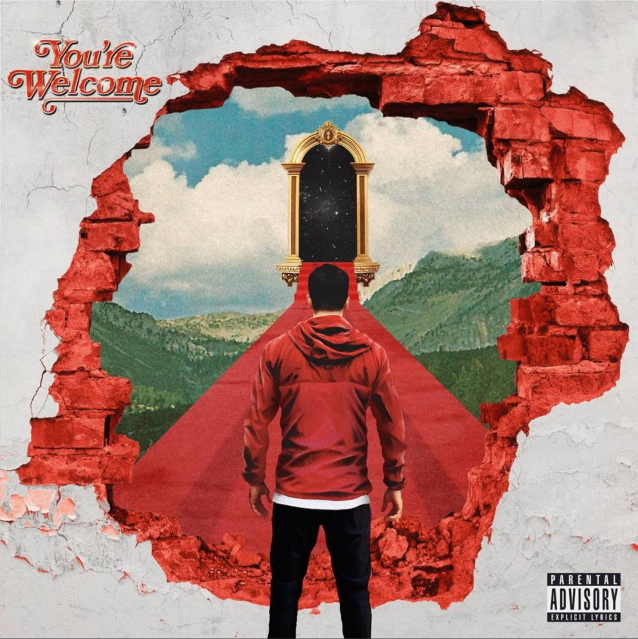