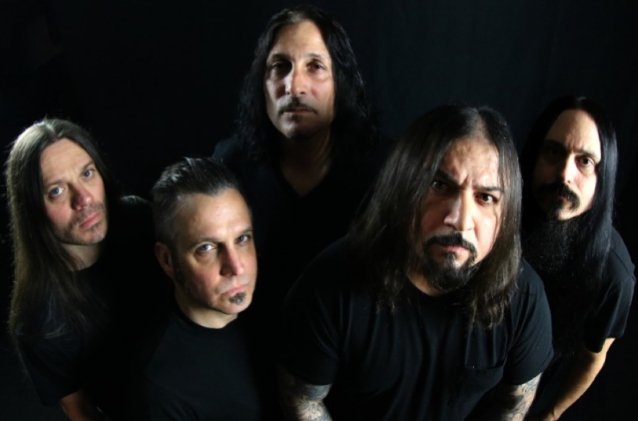 A PALE HORSE NAMED DEATH will release its new album, titled "When The World Becomes Undone", on January 18, 2019.

Led by founding TYPE O NEGATIVE and LIFE OF AGONY member Sal Abruscato, A PALE HORSE NAMED DEATH released its debut, "And Hell Will Follow Me", in 2011 and firmly implanted its roots in the metal scene with the sophomore album, "Lay My Soul To Waste", in 2013. Both records were selected as part of Revolver magazine "Top 20 Albums Of The Year" lists in the years they were issued.

Besides Abruscato on guitars and lead vocals, A PALE HORSE NAMED DEATH's lineup includes Joe Taylor and Eddie Heedles on guitars and Eric Morgan on bass. Johnny Kelly (TYPE O NEGATIVE) is also back in the band on drums.

"When The World Becomes Undone" will be made available via SPV's Long Branch Records imprint. The first single, "Love The Ones You Hate", will be released on November 16.

"It's our signature combination of seemingly depressing and dark musical tones with unexpectedly pretty melodies," says Abruscato. "There's a hypnotic phenomenon that happens when you take super heavy riffs and add a harmonic sensibility. It allows you to drift off and zone out."

"When The World Becomes Undone" was mastered by Maor Appelbaum (FAITH NO MORE, MEAT LOAF, YES, SEPULTURA, HALFORD) at Maor Appelbaum Mastering while the artwork was once again created by Sam Shearon (ROB ZOMBIE, FEAR FACTORY, CRADLE OF FILTH).

"The phrase 'When The World Becomes Undone' came to me in 2014," Abruscato explains. "You could see what was beginning to happen in the world at large. Just turn on the news or look around. At the same time, there were a lot of crazy things happening in my personal life. Those struggles all became fuel for the music. It was like I had this partial sketch a while ago, and we finally filled it out this year. It evolved into what we have here."

"When The World Becomes Undone" is available for pre-order here.

A five-year gap preceded "When The World Becomes Undone" as Sal rejoined LIFE OF AGONY, which he co-founded, for a triumphant comeback tour and contributed musical arrangements to the 2017 album "A Place Where There's No More Pain". 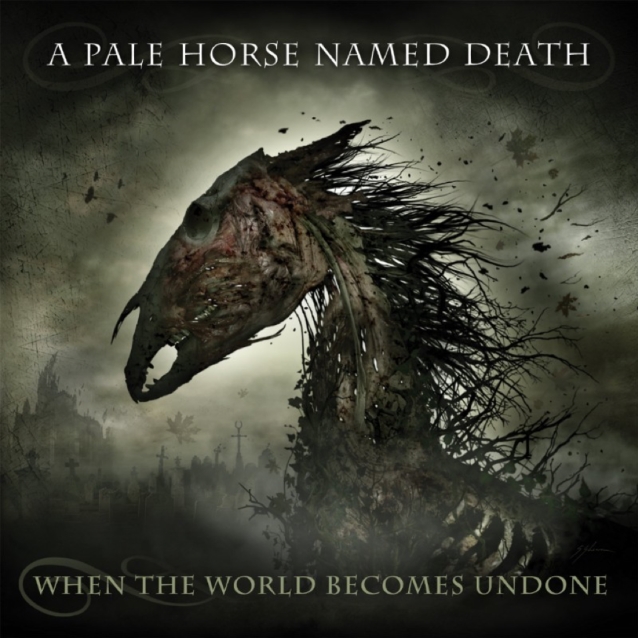