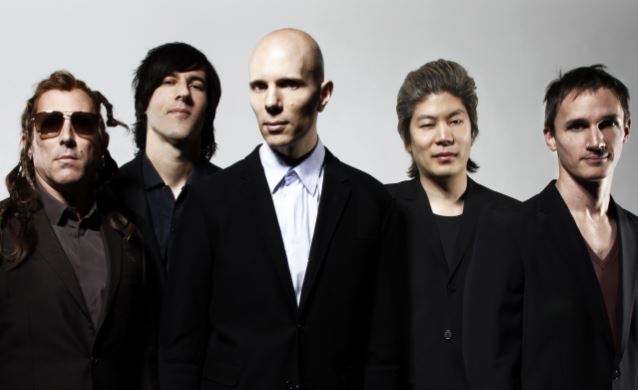 A PERFECT CIRCLE Has Music Written, May Become Active In 2017

According to The Pulse Of Radio, A PERFECT CIRCLE guitarist Billy Howerdel revealed at a live interview with singer Maynard James Keenan on Monday night (November 21) in Los Angeles that A PERFECT CIRCLE will tour next year and has been working on new songs. Keenan concurred, adding that the band will also perform at the Hollywood Bowl on May 7, 2017. Howerdel was moderating the discussion with Keenan, who is doing a book tour in support of his new memoir, "A Perfect Union Of Contrary Things".

A PERFECT CIRCLE has been largely inactive on the recording front for more than a decade, with only a new song titled "By And Down" surfacing on a hits collection in 2013.

The band did some touring from 2010 through 2013, but has not played live since.

In a 2013 interview, Howerdel said about the possibility of a new studio album: "I've got 75 percent of the foundation of [the next] A PERFECT CIRCLE record ready to go. I think that all will change once Maynard gets involved and he has more time to focus on it."

Howerdel launched a band called ASHES DIVIDE after A PERFECT CIRCLE went on hiatus, while Keenan got his PUSCIFER project up and running and has devoted the most time to that over the past few years. TOOL has also been working on music for a new album but that effort is not likely to surface anytime soon, if ever.