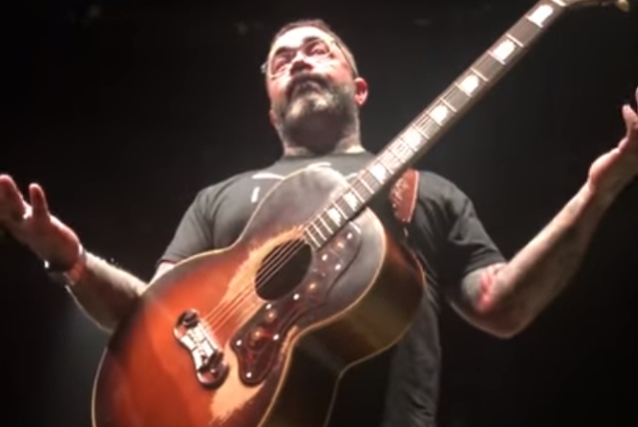 STAIND's Aaron Lewis ended his solo concert early last night (Saturday, March 9) in Oklahoma after the crowd refused his plea for a brief moment of silence.

While performing at The Criterion in Oklahoma City, Lewis asked the audience to stay quiet so that he could perform a completely unplugged version of the STAIND song "Intro".

When it became apparent that the concert attendees weren't going to comply, Lewis got a bit exasperated and returned to the mic.

"Listen, if you don't shut the fuck up, you can't even hear the guitar," he said. "So shut up. I've got three more fucking minutes — three. Can you please for once…? Through the whole fucking evening, you guys have talked all fucking night. Shut the fuck up or I'm done."

Lewis then went back to the front of the stage, acoustic guitar in hand, and began strumming the song's first chords while continuing to talk to the crowd.

"It's so fucking ironic that this fucking song is a 'thank you,' and I can't get you to shut the fuck up to hear it," he said.

Lewis, still unable to quiet the crowd, went on to sing the first two lines of "Intro" before stopping, putting his guitar down and walking off stage while flicking his cup in frustration.

Video footage of the incident can be seen below (courtesy of YouTube user "Justin Hunter").

This is the second time in as many months that Lewis cut one of his concerts short due to his inability to get the audience to stay quiet. In early February, Aaron walked off stage in Pharr, Texas when he was unsuccessful in convicining the crowd to stop the chatter while he performed a song without a microphone.

Two months earlier, a video surfaced of Lewis cursing at an Indianapolis concert-goer for calling out song titles while he was singing. "See that bald motherfucker right there," Aaron told the Indianapolis crowd. Make sure his walk out to his fucking car this evening is not that enjoyable."

The STAIND frontman first dipped his toes into country music with his 2011 EP, "Town Line". His second full-length album, "Sinner", arrived in the fall of 2016 and was followed by a stand-alone single, "Folded Flag". 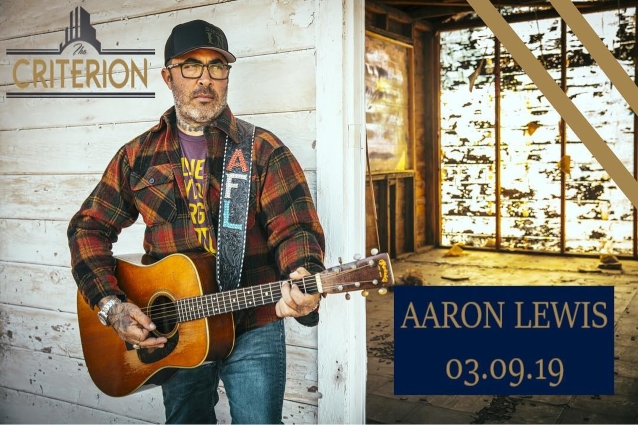