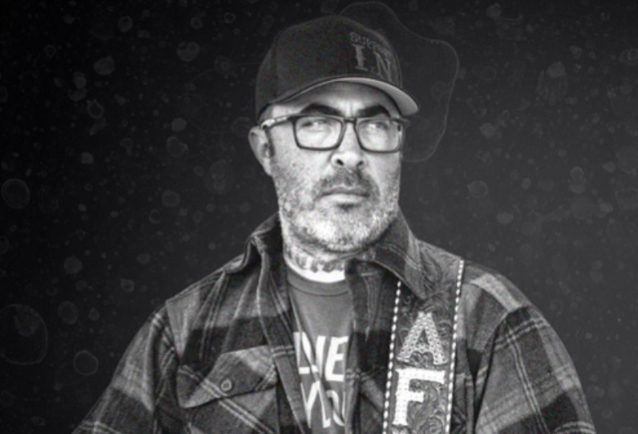 In an October 8 appearance on SiriusXM's "Trunk Nation With Eddie Trunk", STAIND frontman Aaron Lewis, who often performs acoustic cover versions of classic rock songs during his solo shows, was asked if he was considering adding any VAN HALEN songs to his setlist in honor of Eddie Van Halen, who died two days earlier. He responded: "Not at all. Who is going to play the guitar for Eddie Van Halen? I can't pay homage to that man except saying how much of a loss it was for the music industry.

"I was one of those kids that picked up a guitar to be able to sing over it, and never, ever, ever had aspirations of being Eddie Van Halen," he continued. "I knew that that wasn't my calling; that wasn't what I was supposed to do.

"Eddie Van Halen is a guitar god that created stuff with a guitar that other people had never done before," Aaron added. "And I am a guitar hack that has fooled a lot of people for many, many, many years. So I have no business at all trying to musically pay homage to Eddie Van Halen."

Earlier in the month, Lewis and GODSMACK frontman Sully Erna kicked off "The American Drive-In Tour". It's one of the first live rock concerts as a part of a drive-in series in 2020, put together by independent festival producer Danny Wimmer Presents.

Lewis has sold 17 million albums worldwide and has enjoyed four consecutive top three debuts on the Billboard 200. STAIND's single "It's Been Awhile" remains the most played rock song of its decade. His solo material includes the platinum-selling hit "Country Boy" and four albums of tried-and-true, twang-heavy outlaw country tunes, including his most recent album, "State I'm In".