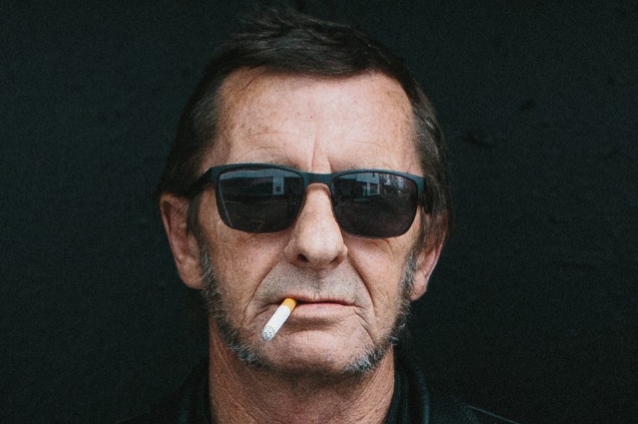 Phil's Place, AC/DC drummer Phil Rudd's restaurant in Tauranga, New Zealand, will close early next month and will be rebranded as Salinity Restaurant And Bar.

The eatery's closing was announced on Sunday via its official Facebook page. The message read: "This is a huge thank you to all of you that have followed and supported Phils Place Restaurant since we re opened on 10th April 2013. As from 5th May Phils Place will be closing to be rebranded as Salinity Restaurant and Bar. Thank you again from all the management and staff."

Rudd, who has lived in Tauranga for more than 30 years, opened Phil's Place in September 2011 after buying the The Bridge Bistro And Bar business.

At the time, Rudd said that he selected Tauranga as the location for the restaurant because he had a connection to the area and wanted the eatery to contribute to the economic sustainability. "I do want to give back to the community, and have plans which I think will really give a boost to the local economy. The restaurant is just the first step," he said.

Phil's Place closed in July 2012 for nearly a year when Rudd became embroiled in an employment dispute with three staff members he fired.

According to Stuff, Rudd went to the restaurant and asked for an antipasto platter to be delivered to his boat. But Rudd's security guard told a restaurant staffer the meal should go to Rudd's aircraft hangar.

Rudd returned to the restaurant, kicked the back door in, and said "Where is my fucking meal?" He then yelled at staff, saying: "You are all fucking useless" and "you're all fucking fired."

He added: "Drop what you are doing" and "I'll get the cleaners in tomorrow and a whole new team."

The Employment Relations Authority said Rudd then kicked a rubbish tin and left the restaurant, slamming the door. Rudd did not dispute this version of events.

The 64-year-old has lived in the Bay of Plenty since the early 1980s and will stay in the region, but said last year he wants to downsize a bit.

Phil and vocalist Brian Johnson are both rumored to be back with AC/DC and working on new music, after the two were caught on camera together outside a Vancouver recording studio last summer. It would be AC/DC's first release since the death of founding rhythm guitarist Malcolm Young in 2017.

Rudd, who has appeared on all but three of AC/DC's 18 studio albums, recently toured in support of his 2014 solo debut, "Head Job". It was the release of that album that led indirectly to Rudd's arrest, with the drummer allegedly so angry at a personal assistant over the way the record was promoted that he threatened to have the man and his daughter killed.

This is a huge thank you to all of you that have followed and supported Phils Place Restaurant since we re opened on...