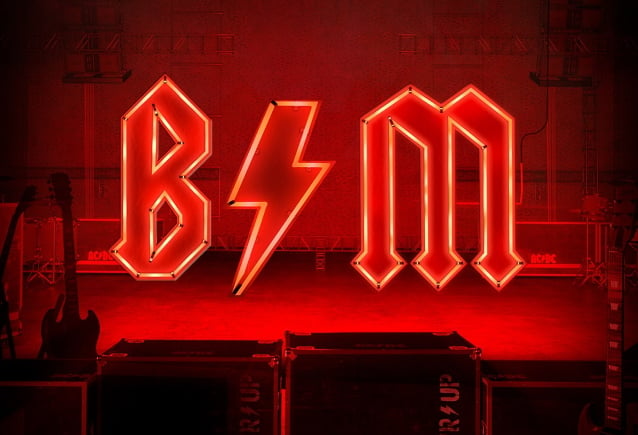 As part of the promotional campaign for AC/DC's new album, "Power Up", the legendary hard rockers are now inviting you to "PWRUP YOUR NAME" using the official "Power Up" logo generator. Check it out at this location.

"Power Up" will be released on November 13. The follow-up to 2014's "Rock Or Bust" features AC/DC's reunited lineup of Brian Johnson (vocals),Phil Rudd (drums),Cliff Williams (bass),Angus Young (guitar) and Stevie Young (guitar). Johnson and Williams both left in 2016 for health reasons; and Rudd was sidelined in 2015 with various legal issues.