AC/DC Launches Line Of Kidswear 'For Your Little Rockers'

AC/DC's official webstore has been updated to include a new line of "kidswear for your little rockers." Check it out at this location.

AC/DC's latest album "Power Up", was released in November. The LP features AC/DC's current lineup of Brian Johnson (vocals),Phil Rudd (drums),Cliff Williams (bass),Angus Young (guitar) and Stevie Young (guitar). It was recorded over a six-week period in August and September 2018 at Warehouse Studios in Vancouver with producer Brendan O'Brien, who also worked 2008's "Black Ice" and 2014's "Rock Or Bust".

"What I like about Brendan is that he keeps you working when you're doing a project with him," Angus told Rolling Stone. "He's talented himself. He knows his bass and his guitar and a bit of drums. And piano. He covers the spectrum for what we can do musically. It's very good because you’re working with a musician, since he can apply that musical knowledge."

Although AC/DC originally planned on releasing "Power Up" in early 2020, the pandemic forced the band to reconsider. 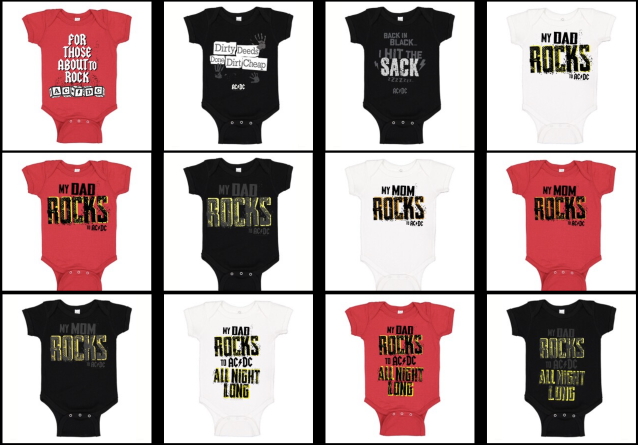