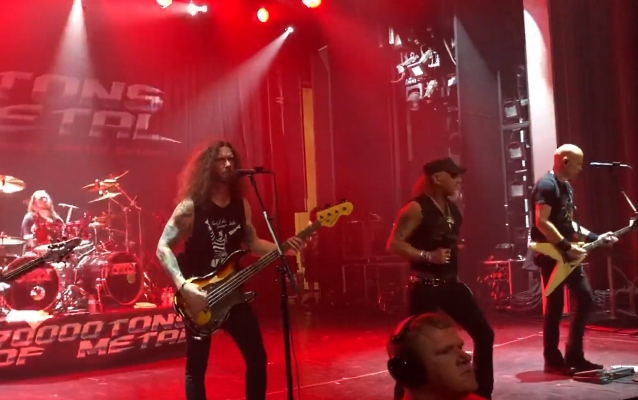 German/American heavy metal legends ACCEPT performed with a stand-in bass player, Danny Silvestri, aboard this year's 70000 Tons Of Metal cruise, which ran from January 31 to February 4. It sailed from Fort Lauderdale in Florida and headed to Labadee, Haiti, where it stayed docked for an entire day, before heading back to Fort Lauderdale.

ACCEPT wrote on Facebook: "A huge Thank You to Danny Silvestri -(you all know him from our WACKEN SHOW 2017 and LIVE DVD 'Symphonic Terror') for helping us out for the 70000 TONS OF METAL Cruise performances! Danny is a mean Bass Player - always a pleasure to rock with him and a true friend who made our day!"

ACCEPT's founding guitarist Wolf Hoffmann commented: "We spent four decades together and went through thick and thin, ups and downs and I remember some incredible moments on stage. There was a blind understanding between us, personally and musically, that is very rare in this business!