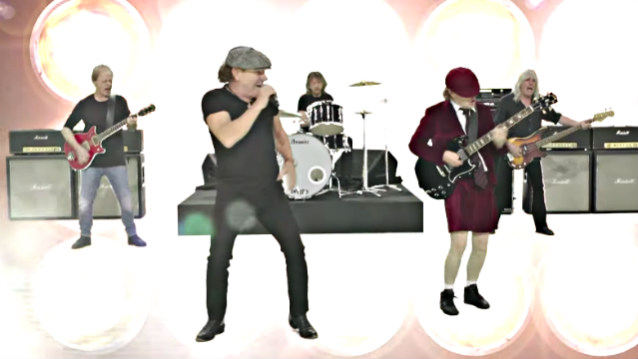 The first dates for AC/DC's upcoming European tour have been revealed. They are as follows:

Guitarist Angus Young told The Pulse Of Radio that AC/DC's distinctive guitar sound has been a trademark of the band since its early days. "My older brother George, he produced a lot of what we had done in the beginning, and he always said, 'You're just a guitar band. The guitars are so dominant in what you do,'" he said. "And he always thought it was a big plus factor, 'cause the guitars were just so strong."

AC/DC drummer Phil Rudd. who does play on the disc, put his own future with the band in doubt by showing up late for the recording sessions, missing a video and photo shoot entirely, and finally being arrested on charges of murder-for-hire, threatening to kill and drug possession.

Rudd showed up for a court hearing last month but his status with the band remains unclear. 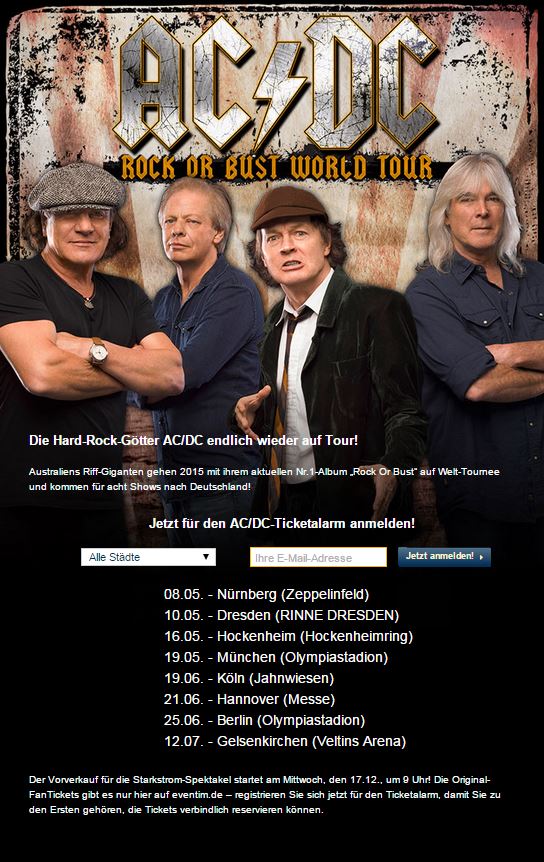