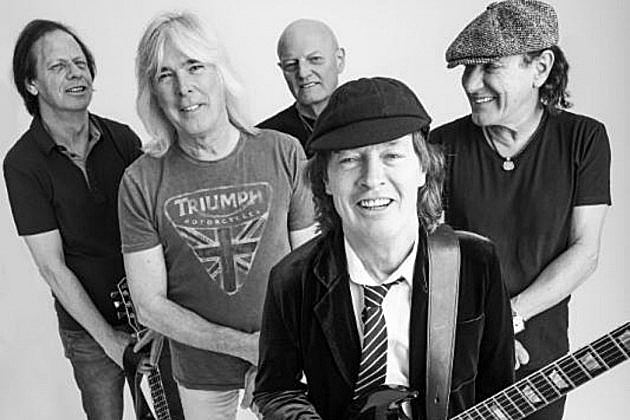 The North American leg of AC/DC's "Rock Or Bust" world tour was announced today. The trek kicks off on August 22 in Foxborough, Massachusetts at Gillette Stadium and runs through September 28 in Los Angeles, California at Dodger Stadium (see below). Tickets are available via Ticketmaster.

As previously reported, AC/DC will headline the 2015 Coachella Valley Music And Arts Festival, along with Jack White and Drake. Coachella is scheduled for April 10-12 and April 17-19, 2015, in Indio, California.

Previously announced European dates on the "Rock Or Bust" world tour begin May 5 in The Netherlands and run through late July.

AC/DC will be on the road for much of 2015, touring in support of its new album, "Rock Or Bust", which arrived on December 2.