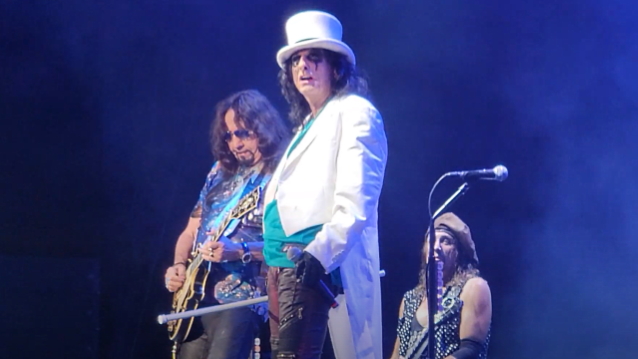 Original KISS guitarist Ace Frehley joined Alice Cooper on stage to perform the legendary rocker's song "School's Out" at their joint concerts in West Palm Beach (October 10) and Tampa (October 11). Fan-filmed video footage of Ace's appearances can be seen below.

Frehley is currently supporting Cooper on a 26-city U.S. tour.

When Frehley's tour with Cooper was first announced in May, Ace said in a statement: "I've known Alice for over 30 years. We're good friends, and we've toured together numerous times and always had a blast. Our musical roots are very similar, and the combination of our two bands make for a great event that nobody is gonna want to miss. Being off the road for more than a year because of the pandemic has been tough on everyone in the music industry, and I'm really looking forward to seeing all of the fans happy, healthy, and ready to rock."