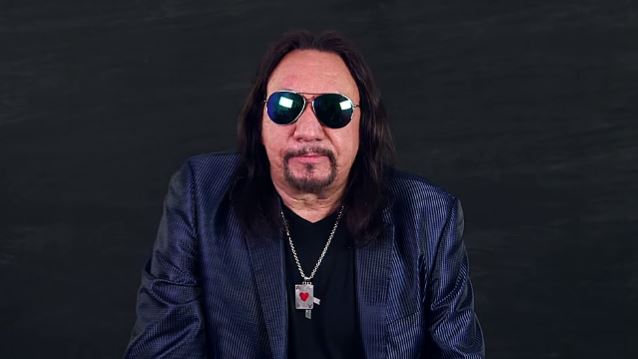 Original KISS guitarist Ace Frehley was interviewed on "The Boris & Robyn Show" on WPDH 101.5 FM in Poughkeepsie, New York. You can now listen to the chat in the YouTube clip below.

Asked why KISS bassist/vocalist Gene Simmons ended up not appearing on Frehley's upcoming "Origins Vol. 1" collection of covers, Ace said: "Well, I tried calling Gene a couple of times and I got his answering machine. So I shot him a few different texts. I even went as far as to get ahold of Doc McGhee [KISS's manager] and tell Doc to let Gene know I wanted to get ahold of him. And I guess either he didn't get the message or he was just too busy. So I said, 'Well, let me reach to Paul [Stanley, KISS frontman].' I had Paul's cell phone [number] in my phone. I gave him a buzz, and he picked up immediately. And from the outset, he thought it was a great idea and would be a lot of fun. It took a while to choose which song we wanted to do. We were originally thinking about DEREK AND THE DOMINOS' [version of Jimi Hendrix's] 'Little Wing', then we were kicking around maybe 'My Generation' [by THE WHO]. But towards the end of the elimination process, I came up with the idea for [FREE's] 'Fire And Water', and he loved it."