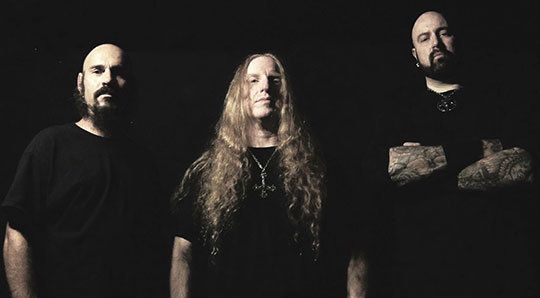 Underground death metal veterans ACHERON have completed work on their new album, "Kult Des Hasses"; their first for Listenable Records. Vocalist/bassist Vincent Crowley has been joined on the CD by longtime drummer Kyle Severn and guitarist Art Taylor. Also appearing on the recording as a guest second lead guitarist is Ricktor Ravensbruck from the bands WOLFPACK 44, ELECTRIC HELLFIRE CLUB and WOLFEN SOCIETY.

Regarding the album, Crowley said: "Even though this album ended up taking much longer than we thought to get done, it ended up being something that the whole band is very proud of releasing.

"We had a very specific idea for this release and I really think we hit the nail on the head.

"ACHERON wanted to get a true late '80s/early '90s sound on this album and stay clear of the overproduced metal approaches of today. The songwriting is very catchy, the bass and drums are pounding and there is tons of shredding guitar solos all over the album. I know ACHERON fans old and new will really enjoy this musical assault."

The lyrics on "Kult Des Hasses" stay true to ACHERON's dark appeal, as the following song-by-song description, provided by Crowley, shows: "'Jesus Wept (Again And Again)' is about twisted visions of torturing Christ within nightly dream states. 'Raptured To Divine Perversion' is a story of ritualistic sexual debauchery. 'Daemonum Lux' pays homage to the infamous encounter Aleister Crowley had with the demonic entity known as Choronzon. 'Thy Father Suicide' is a tempting tale of how the reaper lures the weak into taking their own lives. 'Satan Holds Dominion' is a powerful anthem of Satanic reign. 'Whores And Harlots' pays tribute to the ladies of the evening, or as ACHERON would say the 'Daughters Of Lilth'. 'Misanthropic Race' is an interesting song taking us to a time when man evolves into a world of anarchy and chaos. 'Asphyxiation (Hands of God)' reflects the highly anti-religious views this band believes in. 'Concubina Do Diabo' can actually be taken as sort of a twisted love song about the Devil and his earthly concubine. And last, but not least, 'Devil's Black Blood' is dedicated to all the ACHERON fans worldwide. (The band usually toasts its crowd with Jägermeister at the end of their shows, which they have nicknamed Devil's Black Blood.) 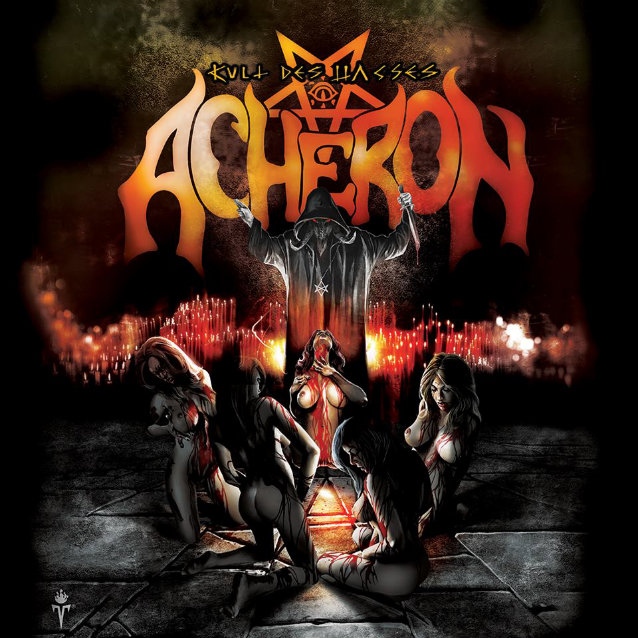