Finnish metallers ADASTRA will release their sophomore album, "Death Or Domination", on December 10 in Finland and January 19 in the UK via Violent Journey Records. The CD was mastered on October 9 at Chartmakers in Helsinki, Finland by Svante Forsbäck.

Audio samples are available at this location.

According to the band's official bio, ADASTRA is "a modern heavy metal band that derives its influences from a wide range of class acts. IRON MAIDEN, JUDAS PRIEST, METALLICA, IN FLAMES, BLACK SABBATH, DIO, MEGADETH, among others, have had their fair share of influences in ADASTRA's work. Old-school-style clean-vocals of Ville Siikamäki, combined with the rapid leads and heavy riffs of Olli Anttila and Jari Hartman and the steady pulse of Santeri Vauramo's bass, controlled by the precise drumming of Jussi Ruokolainen, create the music of ADASTRA." 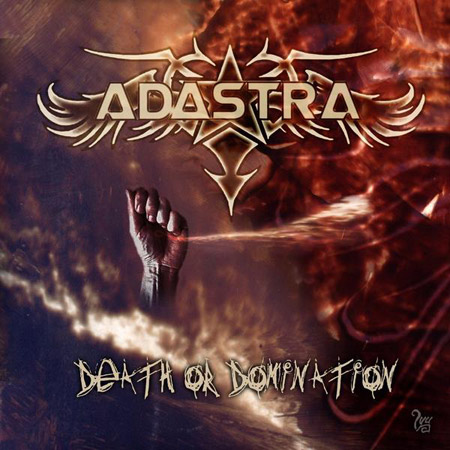