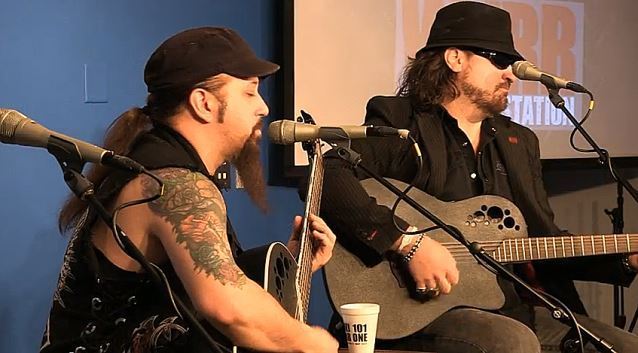 ADRENALINE MOB members Russell Allen (vocals; also of SYMPHONY X) and Mike Orlando (guitar) are in the studio recording material for their sophomore album, tentatively due in early 2014. Orlando states: "Day 2 of tracking vocals with fellow mobster Russell Allen for the new ADRENALINE MOB album is complete! Two and a half more weeks of tracking left then it's time to wrap it up. Stay tuned ...because the best is yet to come!"

Drummer Mike Portnoy (FLYING COLORS, THE WINERY DOGS, DREAM THEATER, AVENGED SEVENFOLD) quit ADRENALINE MOB in June due to "scheduling conflicts." A replacement drummer has not yet been announced.

ADRENALINE MOB released "Covertá", an eight-track EP featuring cover versions of some of the group's favorite songs, on March 12.