A genuine touring and studio Gibson Goldtone GA30-RVS combo amp from AEROSMITH guitarist Joe Perry's personal collection is being auctioned (with the guitarist's permission) via eBay by Perry's personal guitar tech for the last 17 years. The amp was used in the studio for the making of AEROSMITH's "Just Push Play" record and was one of the amps used on tour in 2001. There were several of these amps used, making a wall of them in Joe's live rig. A letter of authenticity will be included in the sale, as well as a photo of Joe signing the amp (if the buyer chooses to have it signed).

For more information and to place a bid, go to this location.

AEROSMITH will head into the recording studio soon with producer Brendan O'Brien, who has previously worked with VELVET REVOLVER, RAGE AGAINST THE MACHINE, BRUCE SPRINGSTEEN, PEARL JAM, AC/DC and STONE TEMPLE PILOTS, among others. Perry told ABC ePrep, "We're real excited about it, we've wanted to work with him for a long time." The guitarist added that they're hoping to get back to their roots by "doing it more like we used to do the old records, which is the band playing live in the studio." Joe also revealed AEROSMITH are planning to kick off a North American tour around June 1, and hope to have the album completed by then.

AEROSMITH's next studio album will be its first set of all-original material since 2001's "Just Push Play". 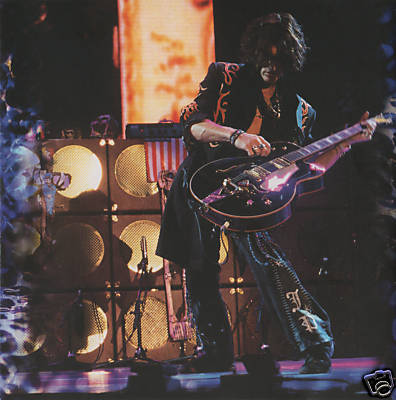 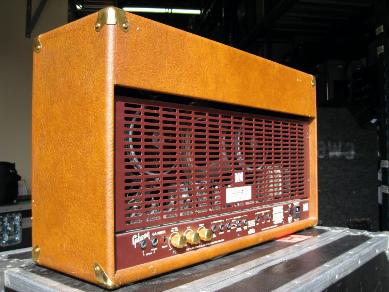