Celebrating the 50th anniversary of the formation of the classic AEROSMITH lineup — Steven Tyler, Joe Perry, Brad Whitford, Tom Hamilton and Joey Kramer — a new book, "Aerosmith On Tour: 1973-1985", exhaustively chronicles for the first time the band's career on the road, from early gigs in high school auditoriums and ratty clubs to headlining arenas and stadiums. Written by Julian Gill, "Aerosmith On Tour: 1973-1985" unveils its tale via local reviews, eyewitness reports, press accounts and interviews with key insiders.

You'll join the "Bad Boys from Boston" as the band earns their stripes on the rock and roll battlefield the hard way opening for acts like THE KINKS, HUMBLE PIE and the MAHAVISHNU ORCHESTRA, enjoying breakthrough success with albums "Toys In The Attic" and "Rocks", imploding in the late '70s, a result of internal turmoil and substance abuse issues, before ending triumphantly with their successful "Back In The Saddle" 1984 reunion tour. The 612-page book is further augmented by a feast of visual material (concert and record ads, vintage reviews, and photographs) lending an engrossing portrait of America's greatest rock and roll band.

Since AEROSMITH's founding 50 years ago, the group has gone on to sell more than 150 million albums around the world; produced genre-defining music videos such as "Amazing", "Crazy", "Janie's Got A Gun", "Livin' On The Edge" and "Love In An Elevator"; launched extravagant record-shattering global tours, most recently with their ongoing smash hit Las Vegas residency. The band has broken numerous boundaries, including becoming the first rock band with a massive commercially successful hip-hop collaboration with RUN-DMC on "Walk This Way" and the first hard rock band to appear during a Super Bowl Halftime Show with their 2001 performance, and in 1999, AEROSMITH became the first band to have their own themed attraction at Disney World in Florida, and later Paris with the launch of the Rock 'N' Roller coaster starring AEROSMITH.

With broad cultural influence, AEROSMITH has prominently appeared in films, television shows and video games, as well as influencing multiple generations of rock bands, both as style icons and acclaimed multi-instrumentalists. MusiCares honored the band in 2020 as Person Of The Year for their many artistic achievements and dedication to philanthropy, including Steven Tyler's initiative Janie's Fund initiative, which supports young women who've suffered the trauma of abuse and neglect. 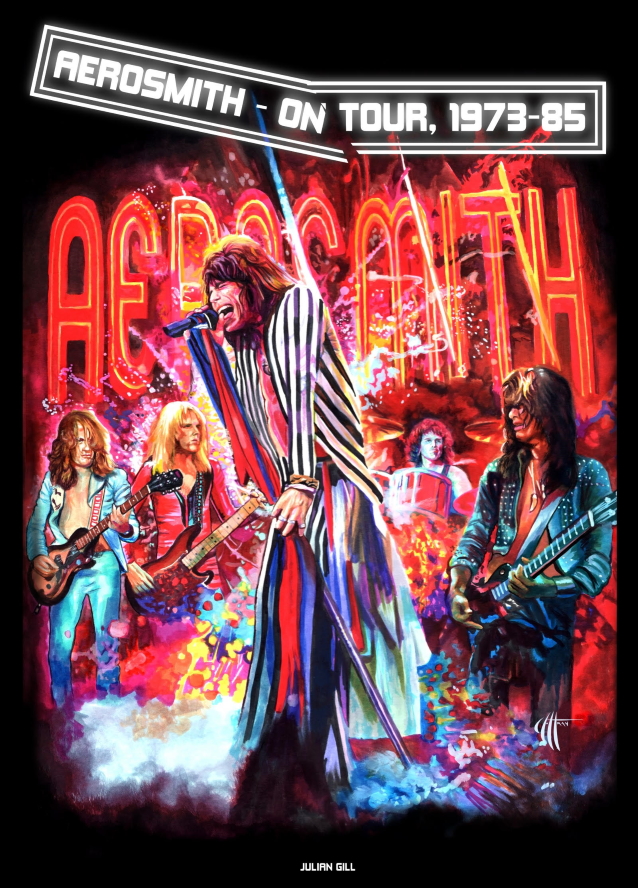