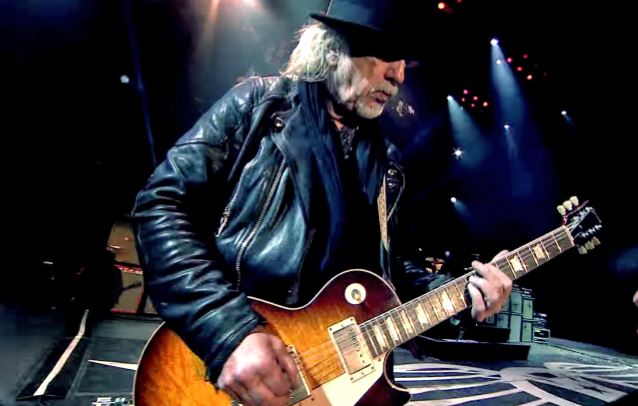 As soon as AEROSMITH wraps up its tour in early August, the band's guitarist, Brad Whitford, will finish work on his second album with Derek St. Holmes, the voice of such early TED NUGENT songs as "Stranglehold" and "Dog Eat Dog".

The first WHITFORD-ST. HOLMES album came out in 1981.

According to The Pulse Of Radio, Whitford and St. Holmes reconnected after Whitford moved to Nashville, where St. Holmes lives.

Whitford and St. Holmes plan to play shows in November.

AEROSMITH is expected to tour again in 2016.