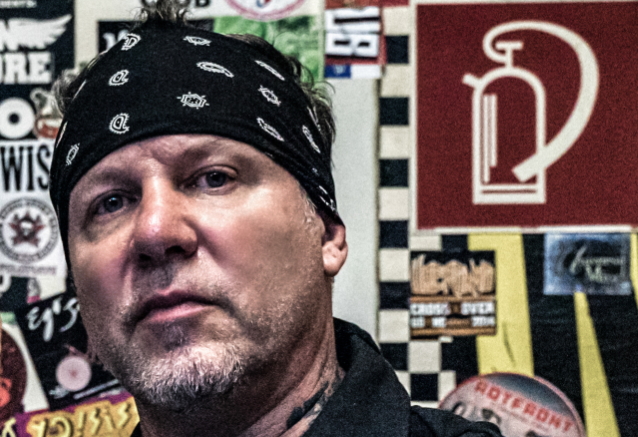 AGNOSTIC FRONT's ROGER MIRET Reveals His Cancer Is In Remission

Earlier this year, AGNOSTIC FRONT vocalist Roger Miret was diagnosed with cancer. A long road of tests and diagnoses led to a complex surgery and lengthy hospital stay. Even though the surgery was complicated, the results were extremely positive. The cancer was successfully removed and Roger is now in complete remission and all signs of cancer have disappeared.

With the joy of knowing that Roger is now cancer free also comes the bitter reality of months of treatment and Roger and his family are dealing with the financial backlash of a cancer diagnosis.

Says the band: "Today we are calling upon our beloved worldwide music scene, friends and family to please share this fundraiser and donate what you can, during these difficult times.

"From our family to yours, a heartfelt thank you for your support and contribution!

"We ask you to please respect Roger and his family’s privacy while they continue on their journey of recovery."