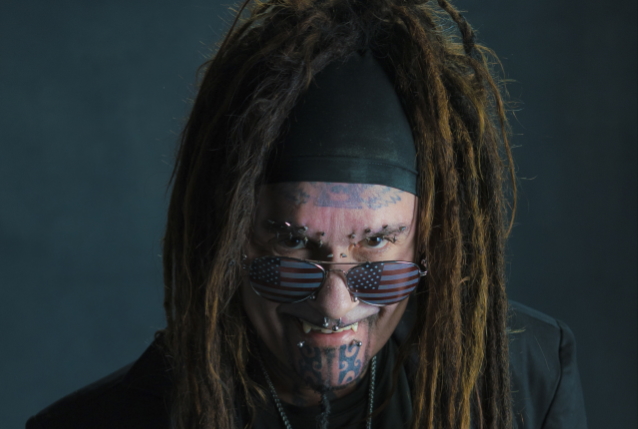 With less than four months until the kickoff of the much-anticipated "Industrial Strength Tour" on October 3, MINISTRY has announced the lineup of the band that will be appearing on the 23-date trek.

In addition to MINISTRY creator and frontman Al Jourgensen (vocals, guitar), the band will include Roy Mayorga (drums; STONE SOUR, HELLYEAH), Paul D'Amour (bass; ex-TOOL), Cesar Soto (guitar), Monte Pittman (guitar; Madonna, PRONG) and John Bechdel (keyboards; FEAR FACTORY). In the coming weeks, MINISTRY's official social media pages will share thoughts from each of the members on getting back on the road and what fans can expect.

"The Industrial Strength Tour" kicks off October 3, 2021 in Albuquerque and will run through November 3, 2021 in Seattle, with many dates quickly selling out. The night will include special guests HELMET and FRONT LINE ASSEMBLY for this one-of-a-kind celebration that honors not only the 40th anniversary of MINISTRY in 2021 but also the 30th anniversary of revolutionary album "The Mind Is A Terrible Thing To Taste". Show dates will also include brand-new material from MINISTRY's upcoming 15th studio album, with news to be announced soon about its release.

Mayorga previously played with MINISTRY from 2016 to 2017 and appeared on the "AmericaKKKant" album, which came out in March 2018.

Regarding how Roy ended up playing drums on "AmericaKKKant", Jourgensen told SoCalMusicToday.com, "['AmericaKKKant' is] the first organic album I've recorded since, like, 1994. The last time I was in the studio with a full band was on the album 'Filth Pig'. It's been a long time — usually it's just me and an engineer in a windowless room with a computer. So how it worked out, this is kind of a long story but bear with me... So during the SURGICAL METH MACHINE project, I didn't want to do a MINISTRY record as my guitarist [Mike Scaccia] just passed away and he was my best friend for 25 years, so MINISTRY wasn't in the forefront of my mind. I was informed by my new manager that MINISTRY was contractually obligated to play some shows in Europe. I really didn't want to do that, but if I didn't, I would get sued. So I did the MINISTRY thing and I was able to get Roy and some others to play on this tour of Europe and we fulfilled our obligation. About half way through to fulfill this, we realized we were sounding pretty damn good, so when we got back, I booked a week's worth of studio time, and myself, Roy and others just jammed to see what we could come up with. Like I said, it's been a long time since I jammed with a band in the studio, and within about a week, we had about 75-80 percent of this album knocked out. We knocked out all the templates or skeletons for the songs in a week, then I spent about six months layering textures on top of that. But this sounds much more organic than other recent MINISTRY because we did it as a band." 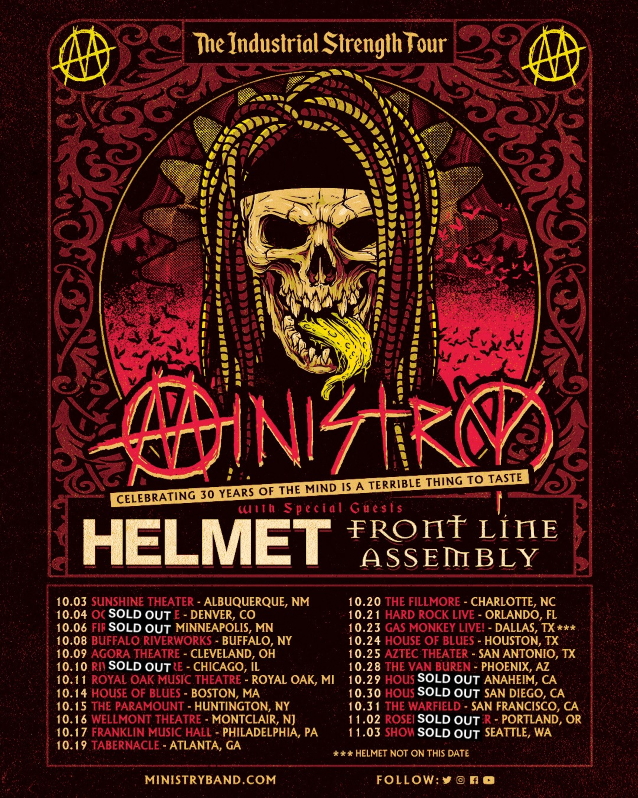