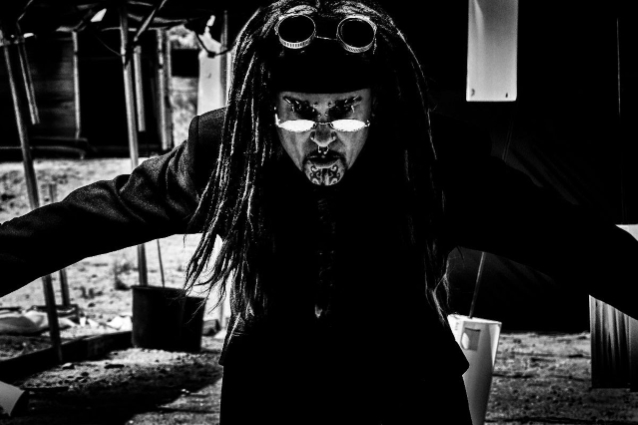 Industrial metal pioneers MINISTRY will release their 15th studio album, "Moral Hygiene", on October 1 via Nuclear Blast Records. The 10-track follow-up to 2018's "AmeriKKKant" was recently described in a press release as frontman Al Jourgensen's "societal manifesto and plea for civilization to get back to a set of standards that lives up to and embraces our humanity."

In a new interview with Australia's Heavy, Jourgensen stated about the new LP's musical direction: "Same old stuff. Just a progression of the MINISTRY sound that's been refined for the last 30 [or] 40 years. And I think we hit a good one this time. There's a couple that I wish I could have back, and there's a couple that I'm really gung-ho about. But this one's in the 'gung-ho' category. This one makes a lot of sense for the times that we're living in."

Other musical jewels on the upcoming release include a collaboration with Jello Biafra (Jourgensen's cohort in side project LARD) on "Sabotage Is Sex" and a unique take on THE STOOGES' "Search And Destroy" that features guitar virtuoso Billy Morrison (BILLY IDOL, ROYAL MACHINES). Morrison is also heavily featured on a number of songs on the album.

"Moral Hygiene" will be available in CD, vinyl and digital download formats.