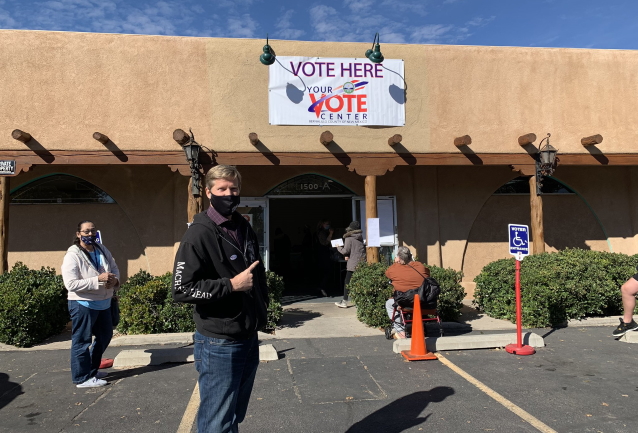 Earlier today (Tuesday, November 3),Keller tweeted out several photos of him at his local vote center in Bernalillo County, in the north-central region of New Mexico, and he wrote in an accompanying caption: "Vote".

This is not the first time Keller has sported heavy metal merchandise in public. Back in December 2018, he wore a PANTERA Christmas sweater for a signing of a bill granting family paid parental leave to city employees. The legislation made Albuquerque the first city in New Mexico to extend paid parental leave benefits to its municipal workforce.

"Albuquerque has always been pretty strong on the heavy metal front," Keller told The New York Times two and a half years ago. "What can I say, this is something I've been into for a long time."

Shout out to Mayor Tim Keller of Albuquerque for flying the MH colors while voting!!👊🏻🇺🇸🤘🏻 https://t.co/0QHGBzJ1MC