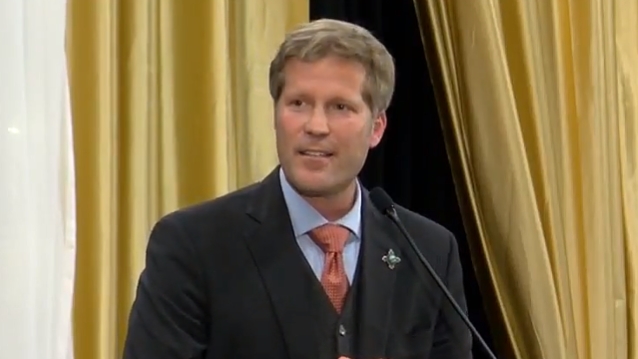 "Albuquerque has always been pretty strong on the heavy metal front," Keller told The New York Times earlier this year. "What can I say, this is something I've been into for a long time."

Thank you advocates @lissaknudsen and advocates @ABQCityCouncil and @PatDavisNM for the legislation for our families. And little shout out to @REJASFROMTEJAS for the sweater :) #metalmayor@BLABBERMOUTHNET@metalinjection@Loudwirehttps://t.co/B8nmdkLPZ5

our @MayorKeller is so prog metal he reduced crime in the city for the first time this decade and signed a parental paid leave bill in a @Pantera xmas sweater 🌊🤘 pic.twitter.com/9TsnIXMuWO