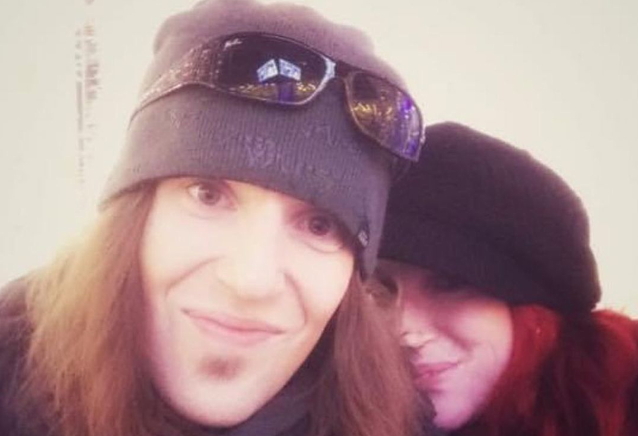 ALEXI LAIHO's Wife Thanks His Fans For Their Support: 'We're Completely Broken'

Alexi Laiho's wife has thanked his fans for their support, two days after the former CHILDREN OF BODOM frontman's death was made public.

On Tuesday (January 5),Australian-born Kelli Wright-Laiho, who has previously worked as a publicist for various extreme metal bands, took to her Instagram to post a black square, and she wrote in an accompanying message: "Thank you all so much for your beautiful energy and support. I'm taking time out to grieve our enormous loss with our immediate Finnish and Australian family. Understandably, as you are, we're completely broken but wanted you to know, We love and appreciate you all so much."

When Alexi's death was first announced on Monday (January 4),Kelli called him "the most loving and magnificent husband and father."

Laiho died in his home in Helsinki last week. The 41-year-old had suffered from long-term health issues leading up to his death.

Alexi relished his role as stepdad in his family, and as uncle and godfather. Especially during the last years, the important family ties brought a welcomed balance to his life and the active touring. Laiho was particularly close with his big sister, parents and his sister's daughter.

Jaska Raatikainen (drums),Henri "Henkka T. Blacksmith" Seppälä (bass) and Janne Wirman (keyboards) announced their departures from CHILDREN OF BODOM in October 2019. Two months later, they confirmed that they were the rightful owners of the CHILDREN OF BODOM brand.