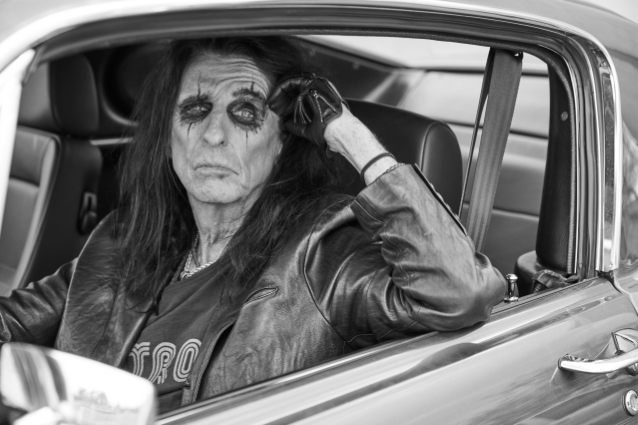 Alice Cooper spoke to Noise 11 about his decision to record a cover version of OUTRAGEOUS CHERRY's 2005 song "Our Love Will Change The World". The track will appear on his upcoming album, "Detroit Stories", due out February 26 via earMUSIC.

"Well, that song in particular was a really interesting song," Alice said (see video below). "We wanted to cover Motown, we wanted to cover punk, we wanted to cover blues — that's all Detroit, mostly hard rock. But that song came out of an '80s psychedelic punk band called OUTRAGEOUS CHERRY. And we heard the song, and we couldn't get it out of our mind — the song was so catchy. And so I listened to it, and I said [to my producer Bob Ezrin], 'Bob, listen to this. This song is so happy, but listen to the lyrics — the lyrics are totally subversive; the lyrics are totally dark, predicting the failure of our generation and all that. And I went, 'I love this. This is a good Detroit song. Let's put it on.'

Cooper previously said that "Our Love Will Change The World" is "one of the oddest songs" he has ever done. "It was so strange, because it was happy and what it was saying was anything but happy — it was simply a great juxtaposition," he explained in a statement. "And I got it immediately and said, 'Okay, this is going to be great.' The music saying one thing and the lyrics saying something else, I love that song. It is totally different from anything else on the album."

Named for the city that launched the original Alice Cooper group on the road to success, "Detroit Stories" follows 2019's "Breadcrumbs" EP as a modern-day homage to the toughest and craziest rock and roll scene there ever was. The LP, which was once again produced by Cooper's longtime collaborator Bob Ezrin, features contributions by such Michigan talent as the MC5's Wayne Kramer, GRAND FUNK RAILROAD's Mark Farner and Johnny "Bee" Badanjek of MITCH RYDER & THE DETROIT WHEELS. They also used the Detroit Horns and Detroit background singers.