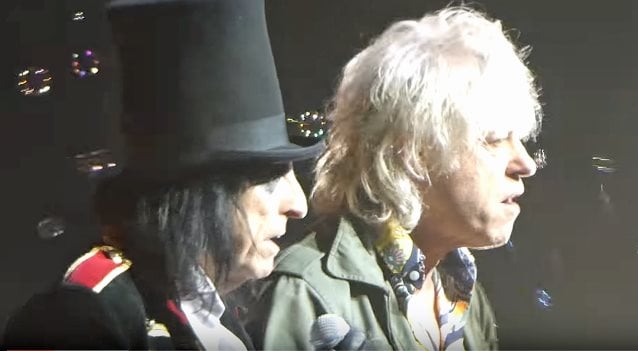 Alice Cooper was joined by Bob Geldof on stage during the shock rocker's Tuesday night (October 17) concert at Perth Arena in Perth, Australia for an encore performance of Alice's 1972 hit "School's Out".

The BOOMTOWN RATS frontman was reportedly in town to speak at a Telethon fundraising lunch on Monday.

Cooper's show in Perth was the first date of his thirteenth tour of Australia, which features original KISS guitarist Ace Frehley in the support slot. The trek consists of seven concerts marking the fortieth anniversary of Alice's first tour Down Under.

Cooper, whose "Welcome To My Nightmare" album spent more than a hundred weeks on the Australian chart, was last in Australia two years ago supporting MÖTLEY CRÜE.

Upon release, "Paranormal" climbed the iTunes rock charts, landing at No. 1 in twelve countries and the Top 5 in twenty countries. 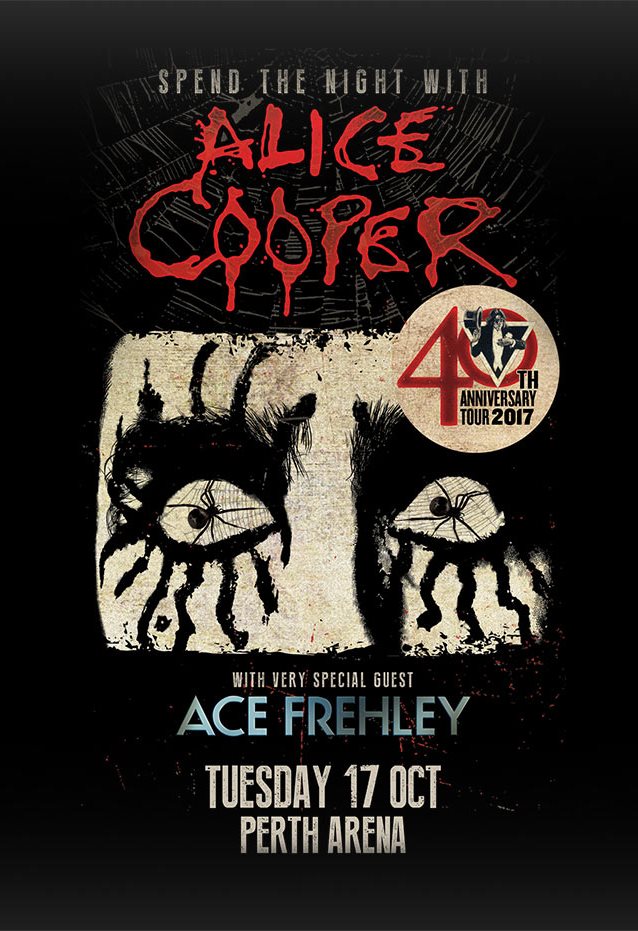