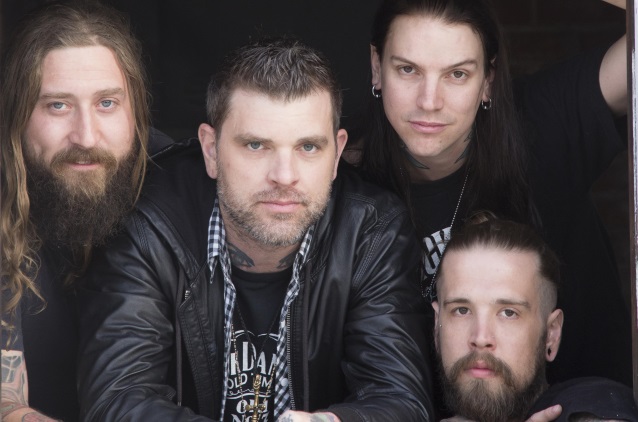 Los Angeles metal band ALL HAIL THE YETI will release its as-yet-untitled third full-length album later this year. The follow-up to 2016's "Screams From A Black Wilderness" was produced by Warren Riker, who is best known for his work with DOWN, CORROSION OF CONFORMITY, SUBLIME and CATHEDRAL.

The official music video for the new ALL HAIL THE YETI song "Slow Season" can be seen below. The clip was directed by Brian Cox (HOLLYWOOD UNDEAD, GEMINI SYNDROME) and it "truly captures the essence of the band's high-octane live show," according to a press release.

ALL HAIL THE YETI vocalist Connor Garritty states: "We are all beyond excited for this new video release! It was a true pleasure to work once again with the master, Brian Cox, who continues to impress every time. This marks our fourth consecutive music video with him directing and we know you will be as stoked with the finished product as much as we are.

"This new song, 'Slow Season', will also be on our new album on Minus Head Records, which is currently tentatively slated for an early summer release.

"While always progressing and trying our best to step outside the box, we have kept the classic YETI sound with a few new hooks sprinkled here and there. 'Slow Season' proves just that, as Alan (guitar) and I have really come together and hit our stride. The material has matured, along with the rest of the band to ultimately deliver the most diverse-yet-aggressive-and-powerful release yet! We are coming to leave our definitive mark on the heavy music scene and plan on touring non-stop across the world to spread the word."

Find more on All hail the yeti