Hot on the heels of its most successful headline tour of North America, ALTER BRIDGE has announced the next leg of "The Last Hero" tour in the United States hitting the road this spring. The headline dates will be scattered among the numerous festival dates that ALTER BRIDGE is already confirmed for, including WJRR Earth Day Birthday, Fort Rock, Welcome To Rockville, Carolina Rebellion, Northern Invasion and Rock On The Range. The headline tour will kick off in Fort Lauderdale, Florida and make stops in Sayreville, New Jersey; Providence, Rhode island; Baltimore, Maryland; Stroudsburg, Pennsylvania; Sault Sainte Marie, Michigan; and Milwaukee, Wisconsin. IN FLAMES and METAL CHURCH will be joining ALTER BRIDGE on select dates of the tour. Fans can head over to www.alterbridge.com/tour for more information on each date, including public onsale information and exclusive VIP experiences including meet-and-greet and guitar lesson opportunities.

* Without IN FLAMES
# Without METAL CHURCH

ALTER BRIDGE's fifth studio album, "The Last Hero", was released on October 7 by Caroline Records in the United States/Canada and Napalm Records throughout the rest of the globe. The CD was produced by longtime friend and collaborator Michael "Elvis" Baskette (SLASH, TREMONTI, TRIVIUM) and mastered by Grammy Award winner Ted Jensen.

ALTER BRIDGE vocalist Myles Kennedy told FaceCulture in a recent interview that even though the band's new album is called "The Last Hero", it's not necessarily a politically oriented record. Kennedy explained: "The trick was not to get too directly political, because all that does is piss people off. One of the key emotions a lot of people seem to be feeling is disillusionment, and what I try to do as a lyricist is touch on these emotions."

Guitarist Mark Tremonti agreed, telling The Pulse Of Radio that the album title and concept is more general in nature. "Myles kind of ran with that as a theme for the record," he said. "It's a calling out for leaders in this world that you can trust and put faith in and, you know, it's just such a circus right now, especially here in the States, with everything that's going on. So it's just, you know, a call out to find new leaders in this world."

A previously unreleased song called "Breathe", first recorded by the band in 2004 during the sessions for its debut album "One Day Remains", was included as a bonus track on the Best Buy edition of "The Last Hero". 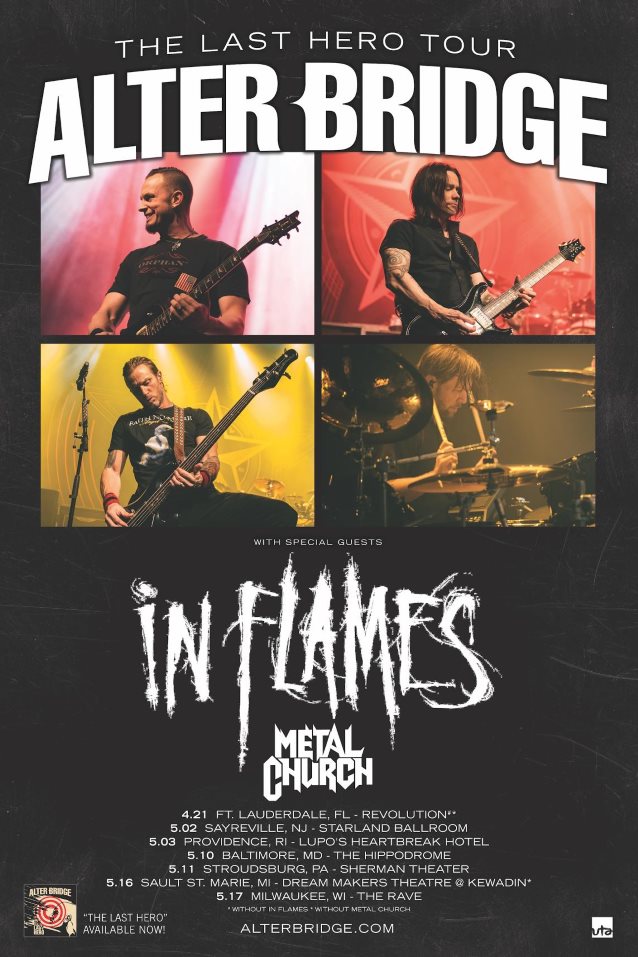