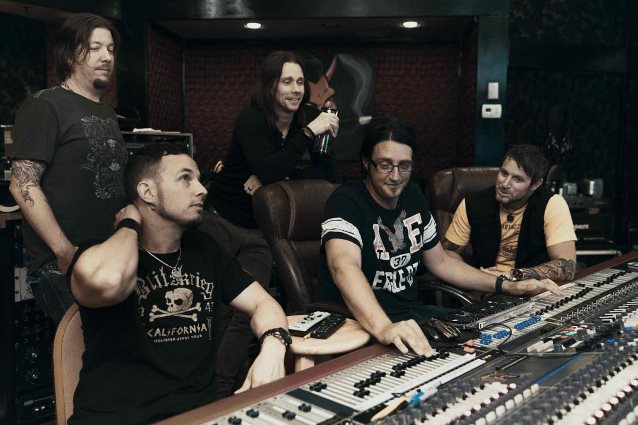 Rock powerhouse ALTER BRIDGE has commenced work on the follow-up to the band's critically acclaimed 2013 album "Fortress". The as-yet-untitled fifth LP is once again being produced by Michael "Elvis" Baskette and is tentatively set for release in the fall.

After extensive requests from fans for unique or special ALTER BRIDGE items over the years, the band is kicking off the start of the new album cycle with exactly that. Via Fret 12, a company long-associated with the members of ALTER BRIDGE, those interested will now have the chance for the first-time to get their hands on a range of goodies and experiences, giving them intimate access into the world of band members Myles Kennedy, Mark Tremonti, Brian Marshall and Scott Phillips.

Some of the rarities on offer include:

To snap up your favourite piece of rock history, visit fret12.com/store/alter-bridge.

Guitarist Mark Tremonti comments: "Gearing up for [the fifth ALTER BRIDGE album], we are happy to be able to offer our fans a few of the things they have asked us for in the past. As a band, we also tried to come up with a few unique items which I feel are the ultimate collector's items!" Vocalist/guitarist Myles Kennedy adds: "We are very excited to offer these exclusive and unique opportunities for the ALTER BRIDGE fans as we begin the next chapter of our journey!"

Tremonti will release the third effort from his band TREMONTI, titled "Dust", in April.