ALTER BRIDGE Drummer: A Lot Of Bands Are Doing It Just To Do It And Not Appreciating The People They're With

Anne Erickson of Audio Ink Radio conducted an interview with ALTER BRIDGE drummer Scott Phillips. You can listen to the full chat below. A few excerpts follow (transcribed by BLABBERMOUTH.NET).

On the band's upcoming live album and rarities collection, "Live At The O2 Arena + Rarities":

Scott: "The show itself was a really incredible experience. We've been doing this for a long time and to get the opportunity to play such a prestigious building and with such a great crowd, we felt it was important to capture that and let everybody get a chance to hear it. It was a great show, a lot of memories from that and certainly we're excited for everybody to get a chance to hear that."

On the importance of playing live:

Scott: "It's what we do. It's going into the studio and get those creative juices flowing and get a chance to record it, and then you're touring that for the next 12-18 months. For a lack of a better term, it's just what we do. It's what we know. It's basically the blood that runs through our veins, the live show."

On his favorite aspects of performing live:

Scott: "I'm at a loss for words. I think it's what we've all dreamed of from the time we were little kids to now — our passion for music and the fact we get to do it in front of people. It's what we've always dreamt of doing. We're lucky enough that we still get to do it now that we're all old dudes."

On how the members of ALTER BRIDGE stay "grounded" while they take part in a variety of side projects:

Scott: "I think as far as keeping it grounded, it's focusing on the fact that we're touring and traveling musicians. We all like each other, which I think is not necessarily rare, but there's a lot of bands out there that are doing it just to do it and not appreciating the people they're with. I think we all enjoy being around each other, which makes it, obviously, easier to be on the road together. As far as planning and the calendar for years and years in advance with everybody doing their own thing as well, it's a bit of a chore, but we manage to do it pretty successfully for the last seven or eight years now. Everybody has branched off into their own direction as well. But, at the end of the day, we like making music together. As long we keep that in focus, everything will work out."

On whether ALTER BRIDGE is working on new music:

Scott: "We're sort of getting there. We'll finish up this album cycle probably in December of this year. I know Mark [Tremonti, guitar] is working on new TREMONTI stuff. Myles [Kennedy, vocals] is working on a solo project, which he's been working on for a long period of time, but it should see the light of day pretty soon. Within those writing processes that Mark and Myles are going through, there will probably be a plethora of ALTER BRIDGE songs that are written at the same time. I think the plan is probably to get together in September, October, November of next year and start putting those ideas together with the four of us and probably get some new music out, I would say in probably early 2019, I think is the plan. But yeah, there's always, between the two of those guys, there's constant writing. I'm excited for the next chapter."

"Live At The O2 Arena + Rarities" will be released on September 8 via Napalm Records. 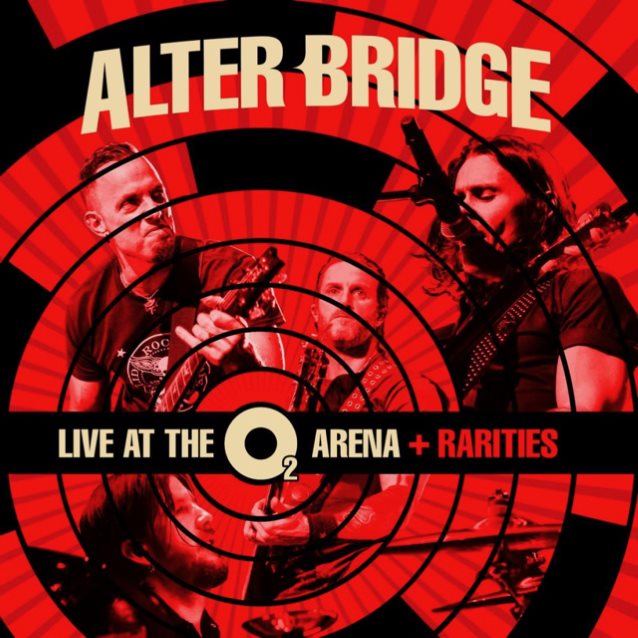