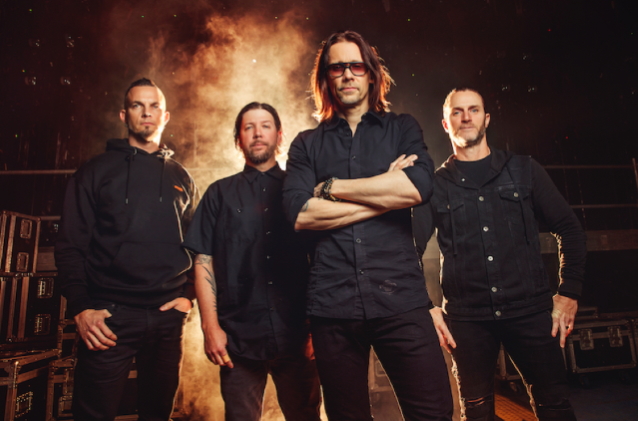 ALTER BRIDGE has postponed its previously announced U.S. headlining tour with special guests BLACK STONE CHERRY and SAINT ASONIA due to the coronavirus pandemic that is sweeping the globe.

ALTER BRIDGE said in a statement: "We hoped that it wouldn't come to this, but, as some of you have already heard, unfortunately, due to recent changes around the globe created by the recent COVID-19 situation, the May headline tour of the United States with BLACK STONE CHERRY and SAINT ASONIA will be postponed.

"The health and safety of everyone attached to these shows (fans, artists, crew members, venue staff, etc) is our main priority.

"More information regarding rescheduled dates will be available in the future.

"We look forward to the time when we can all come together and celebrate music as the community and family we are. Until then, Stay Home, Stay Healthy and Stay Safe…"

In an effort to show support to everyone being affected by the global pandemic, Myles Kennedy recently performed acoustic in partnership with American Songwriter for their "Behind The Mic" series. Aside from discussing songwriting and his musical inspirations in front of a live global audience on Facebook, Myles performed songs from various projects including ALTER BRIDGE, SLASH FEATURING MYLES KENNEDY AND THE CONSPIRATORS, and his critically acclaimed debut solo album from 2018. The live event has been viewed over 470,000 times on Facebook and is now live on YouTube.

Guitarist Mark Tremonti told Kerrang! magazine about "Walk The Sky": "It's kinda like a [revered horror maestro] John Carpenter movie — this old-school synth-wave kind of vibe. Somebody might hear the record and have no idea that was intended, but for a batch of songs, I tapped into some old loops that I either created or found randomly online, and worked with them in the background to inspire me to go in a different direction. I loved working like that. We challenge ourselves to not repeat ourselves and find new inspiration to add a different layer to what we do. It's particularly challenging when you've had so many records, but when I showed Myles [Kennedy, vocals/guitar] what I was thinking, he absolutely loved it and was on board right away."

As for how "Walk The Sky" compares to the rest of ALTER BRIDGE's discography, Mark said: "It's hard to completely get away from who we are — the same four guys in the band — but everyone who's heard the record says it has its own personality and doesn't sound like any particular ALTER BRIDGE record. But that being said, it's familiar ALTER BRIDGE territory, and Myles has said it's kind of the answer to 'AB III'. That was a very brooding and dark lyrical record, whereas this one is the yang to the yin of that. 'AB III' was kind of about a loss of faith and not believing. Myles was having a dark moment in that time and he wrote the majority of the lyrics. This is more of an enlightening, Zen kind of record. It's not a preachy record by any means; it's more of a free-spirited kind of thing." 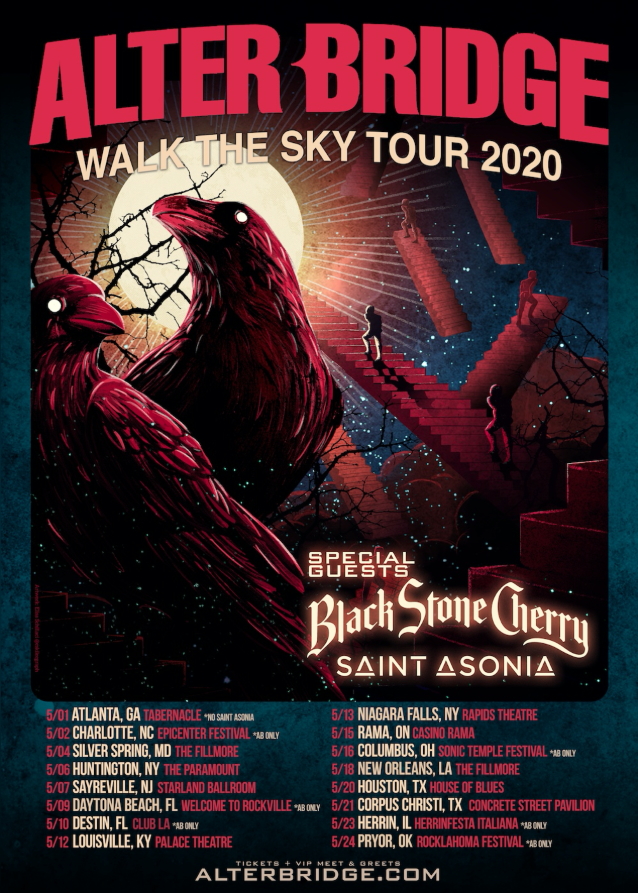