Following their jaw-dropping set at Download festival this weekend, U.S. rock giants ALTER BRIDGE have announced their return to the U.K. for two very special headline shows on October 2 and October 3. Appearing at the legendary Royal Albert Hall in London for the first time, the band will treat the audience to an array of songs never before played live as well as fan favorite hits, drawn from their acclaimed five-album catalog. In another first, the group will also be accompanied by the Parallax Orchestra — a 52-piece London-based symphony orchestra conducted by Simon Dobson — adding an impressive new dimension to their already captivating live show.

ALTER BRIDGE will release of a new live album and rarities collection, "Live At The O2 Arena + Rarities", on September 8 via Napalm Records.

One of the biggest moments of the band's career was the monumental show at London's famous O2 Arena on November 26, 2016. That landmark performance was captured in its entirety. The two-CD, nineteen-track recording documents what an enormous presence ALTER BRIDGE have become on concert stages around the world.

Myles Kennedy, Mark Tremonti, Brian Marshall and Scott Phillips tear through hits like "Farther Than The Sun", "Show Me A Leader", "Rise Today", and their masterpiece "Isolation", showcasing a band at the top of their game. Other highlights include the Tremonti-sung "Waters Rising", the acoustic-driven "Watch Over You" and ALTER BRIDGE's signature anthem "Blackbird".

In addition, this latest release includes an exclusive full-length rarities CD sure to excite fans everywhere. The disc features the never-before-released tracks "Cruel Sun" and "Solace" that were recorded during the "One Day Remains" sessions, as well as the song "Breathe" from the same time which has only ever been available as a U.S. retail exclusive via Best Buy. These tracks join seven other songs that have only been released in Japan until this collection.

This incredible selection of ALTER BRIDGE gems will be released in multiple formats. In addition to a standard three-CD audio version, fans can also pick up one of the limited deluxe editions (including a four-LP set and a CD/DVD Earbook) which also include an exclusive ALTER BRIDGE documentary featuring extensive interviews with the band, their crew, and family, giving an amazing glimpse behind the scenes of this legendary show at London's O2 Arena. 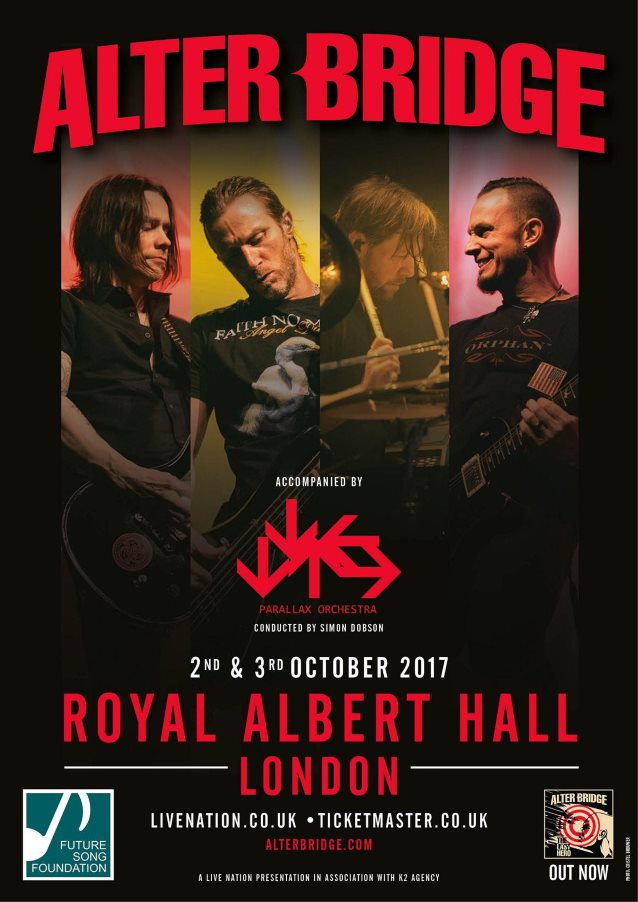