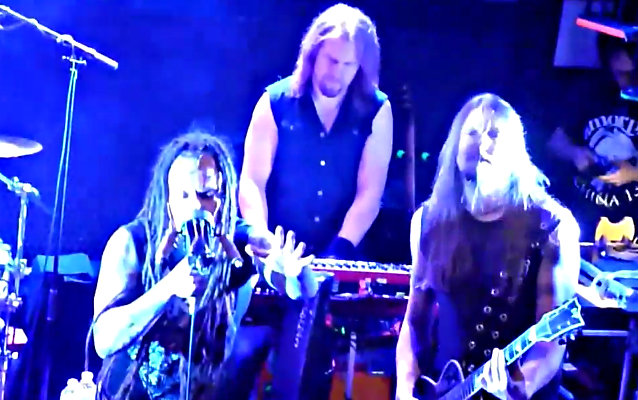 Quality fan-filmed video footage of AMORPHIS' November 19 performance at La Dynamo in Toulouse, France can be seen below.

AMORPHIS will perform a special concert at the Olavinlinna Castle, a stone fortress built in 1475, on July 13, 2014 during the Savonlinna Opera Festival's 2014 season in Savonlinna, Finland.