'An Irish Tribute To Thrash' Due In September

Two years in the making, "An Irish Tribute to Thrash", Ireland's first tribute to thrash, will be released on September 5. It will be made availagle as a limited-edition digipack and will also be released on vinyl. According to a press release, the collection features "a wide variety from the thrash and crossover years to tantalize and take the listener on a trap down thrash memory lane, with covers from D.R.I. to VENOM and VIO-LENCE to CELTIC FROST done by some of Ireland's finest like MASS EXTINCTION, ERA VULGARIS, WARPATH, SOL AXIS, DE NOVISIMUS, SORROWFALL and many more who not only paid a fantastic tribute to the old thrash era butalso paid their respects to those who have influenced the scene andsadly have passed on and are not here to see a new thriving thrash scene today." 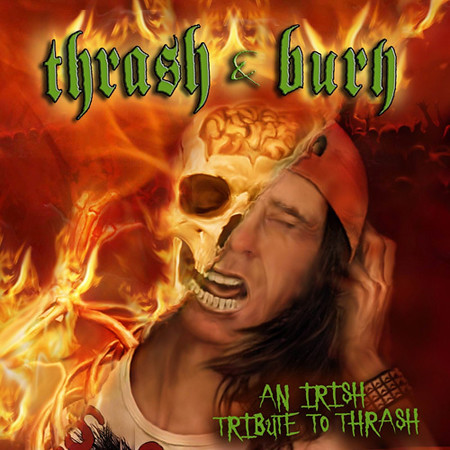