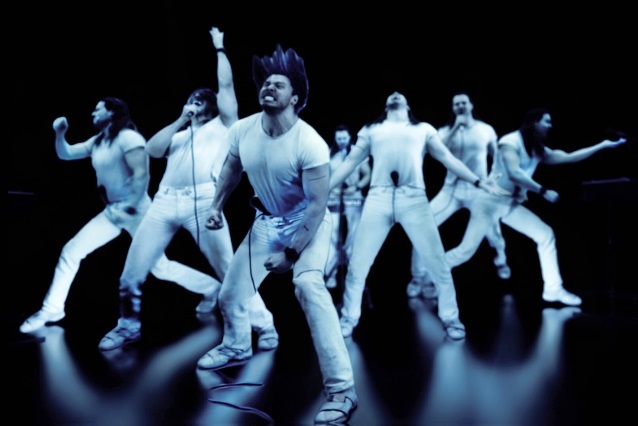 ANDREW W.K. Releases 'Music Is Worth Living For' Video

Andrew W.K. recently released "You're Not Alone", his first new album in more than a decade. The record has received passionate responses from fans and rave reviews from critics, and today, Andrew unleashes a new video for the album's anthemic statement of purpose, "Music Is Worth Living For".

Directed and edited by Tim Dennesen, the video transports Andrew and his band into a dark and supernatural atmosphere. Andrew describes the video this way: "'Music Is Worth Living For' finds me and my band in the throes of a colossal vision quest. Determined to party harder than ever, we steel ourselves against alien elements, and battle a formless but formidable storm. Multiplying myself, I attempt to transcend the whirling void by engaging in a series of flailing spiritual maneuvers, vainly wrestling with the emptiness of my own soul. Alas, I discover I had already been consumed by my own triumphantly pathetic creation. And at this moment of devastatingly poignant clarity, I realize I'm back where I started, trapped inside the hardest party of all: Being alive."

Andrew's first national television performance behind "You're Not Alone" airs next Tuesday, April 24 when he and his band showcase "Music Is Worth Living For" live on "Conan". He is finishing up a U.K. tour this weekend and returns to the USA next Saturday, April 28 at the Welcome To Rockville festival, in Jacksonville, Florida and will then bring his party across the rest of the country.