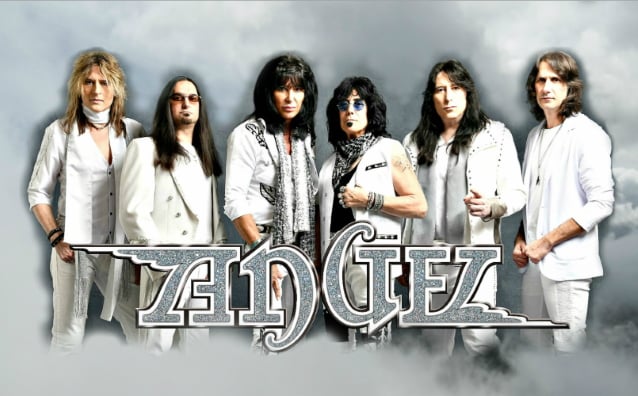 Legendary rock band ANGEL is preparing to enter the studio to begin recording its brand new album, to be released on Cleopatra Records. This will be ANGEL's second LP for Cleopatra and the follow-up to 2019's "Risen". Founding members Punky Meadows and Frank DiMino have been working with new partner and bandmember, guitarist Danny Farrow, to write and craft 13 tracks for the next LP.

"We've written some great songs and are excited for all you guys to hear," says Meadows. "We're recording our second album for Cleopatra Records and couldn't be happier about it. They're an awesome record company and we can't wait to get started." Farrow states: "We are all super excited to be working with Cleopatra Records again on a follow-up album to 'Risen'. It will be great to get back in the studio again with the band as well as working on lots of positive things for the future of ANGEL."

In 2020, ANGEL also signed with veteran artist manager Ron Rainey in Beverly Hills, California. "Ron is the real deal and has already done great things for us," Punky says. The respect goes both ways, says Rainey. "I'm happy to be working with ANGEL again," he states. "The group is sounding great live and they are prodigious writers, testified by the success of their 2019 Cleopatra album 'Risen'. They are now writing songs for their next Cleopatra album and we at Ron Rainey Management are proud to be a part of their resurgence."

Part of that resurgence will be the eventual return to touring, and Ron has already hired Mike Weinstein from American Artists Corporation to help bring ANGEL's show to fans across the USA.

Meadows says: "We have a great team now and are looking forward to an amazing year, and, of course, we'll be back out on the road to blow the roof off in a town near you.".

ANGEL is an American rock band from Washington, D.C. Discovered by Gene Simmons of KISS and then signed to Casablanca Records, ANGEL came to be known for its elaborate stage show and all-white costumes. For Casablanca, ANGEL released six albums and toured non-stop playing American arenas with such global superstars as AEROSMITH, RUSH, JOURNEY, STYX, TED NUGENT and more. They even headlined two nights at Japan's legendary Budokan. ANGEL appeared on the television shows "American Bandstand", "Don Kirshner's Rock Concert", "The Midnight Special" and in the film "Foxes".