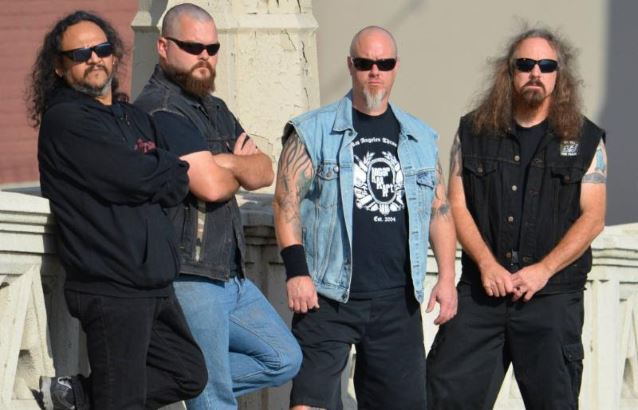 Veteran Los Angeles thrashers ANGER AS ART will release their new album, "Ad Mortem Festinamus", on March 11 via Old School Metal Records. On the follow-up to 2013's "Hubris, Inc.", the quartet has done the improbable by creating a roaring thrash metal beast that doesn't just raise the bar; it crushes it into dust.

A lyric video for album track "Aim For The Heart" can be seen below.

Recorded, produced, mixed, and mastered by Ronald Sandoval at Rev Studios in Chino, California, "Ad Mortem Festinamus" (translation from Latin: "We Hurry Into Death") is described in a press release as "everything you've come to expect from ANGER AS ART...and more! Speeding recklessness, lacerating solos, and a shrapnel storm of riffs combine to make what will undoubtedly be considered one of 2016's fiercest forays into thrash metal armageddon. 'Ad Mortem Festinamus' is venomous, angry thrash/speed/death metal."

ANGER AS ART is: 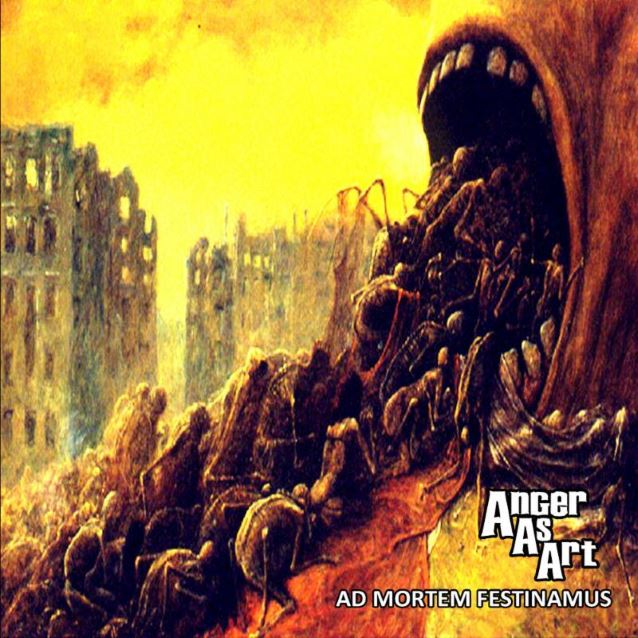 Find more on Anger as art