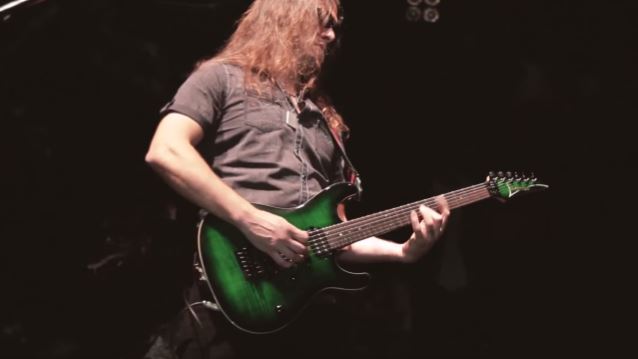 "Black Hearted Soul", the new video from Brazilian metallers ANGRA, can be seen below. The clip was made entirely using footage shot in May during ANGRA's successful Japanese tour, where it was captured with all the love and affection of the band for the Japanese culture as well as the devotion and excitement of the Japanese fans for their Brazilian idols.

ANGRA guitarist and co-founder Rafael Bittencourt recently revealed that the band will eventually have to "find a substitute" for their guitarist Kiko Loureiro (pictured),who was recently named the new axeman in MEGADETH. He told Revolver magazine: "As a brother-in-life and friend, we're proud of/for [Kiko]. I think he's worked his way into something bigger from the beginning. He deserves it. He earned it with his hard work."