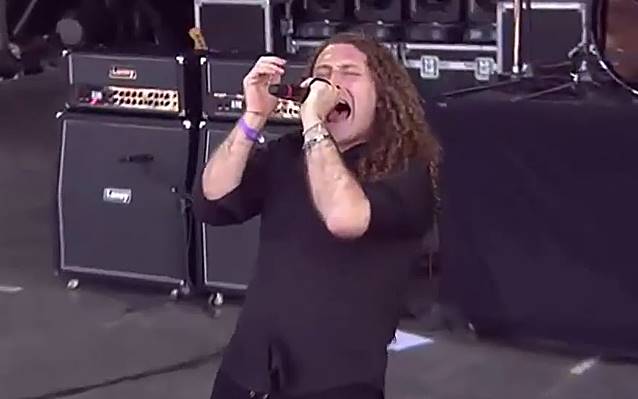 Professionally filmed video footage of Brazilian/Italian metallers ANGRA peforming at this year's Hellfest, which was held June 20-22 in Clisson, France, can be seen below.

The band celebrated the 20th anniversary of the release of its 1993 debut album, "Angels Cry", with a special concert on August 25, 2013 at HSBC Brasil in São Paulo, Brazil.