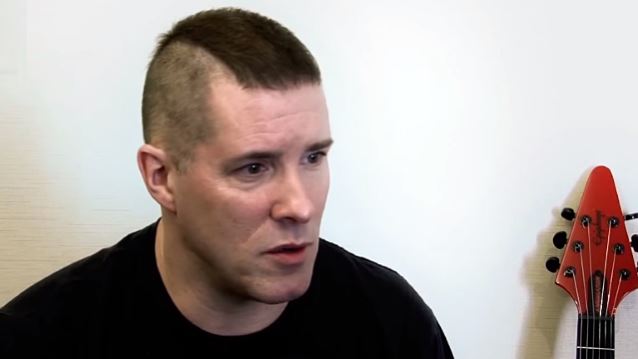 ANNIHILATOR's JEFF WATERS: The Metal Scene Needs The 'Next METALLICA'

Broken Neck Radio conducted an interview with ANNIHILATOR guitarist/mainman Jeff Waters when he served as a guest judge at select Wacken Metal Battle Canada events in Edmonton, Calgary, Montreal, Ottawa and the national final in Toronto. You can now listen to the chat using the Mixcloud widget below.

Speaking about the state of the metal scene, Waters said: "It's getting in the right direction now for, I'd say… about… c'mon, how long now… Let's say about seven, eight years, it's been heading up and up and up everywhere I've been going. Even in Europe, where it's always been big, it's been going up and up as far as metal's popularity."

He continued: "I think there was a phase maybe six, seven years ago where young bands would just go back and listen to stuff they'd never heard before, like EXODUS, and then rip it off and come out and, sort of, jump on a… you know, 'We're old-school thrash.' And then they would put this stuff out that was TESTAMENT and EXODUS rip-offs, [with] maybe some METALLICA and this and that, and it became a trend to do it. But I think some really good bands came out of the next set of bands from that, where you had people mixing WHITE ZOMBIE with KORN with LIMP BIZKIT with SLAYER with EXODUS… You had this whole new thing opening up. It's just now we need a couple of supergroups to, sort of, really set the bar now. We need a… even a half-the-size-of-METALLICA band to come out, you know what I mean?! A new band. We need that next young METALLICA."

ANNIHILATOR's 14th studio album, "Feast", was re-released as a limited edition featuring re-recorded ANNIHILATOR classics on CD and the full Wacken Open Air festival show on DVD, all in a special Ecolbook version with a new 3D cover.