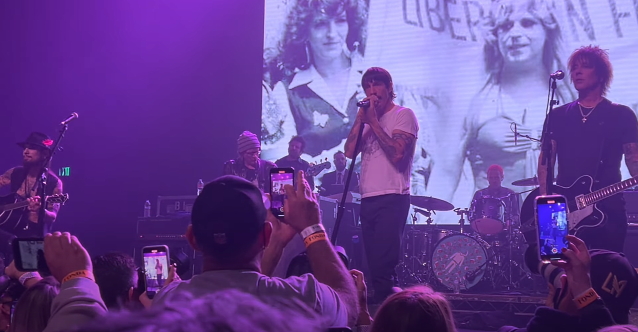 Following previous successful events in 2018 and 2019, while sitting out in 2020 due to COVID-19, the evening celebrated the vinyl album as an art form, with the performance of two seminal albums in their entirety, while at the same time raising awareness and funds for the treatment of mental health. Throughout the event, there was an art installation from multi-talented fine artist, sculptor and graffiti pioneer Risk Rock.

Proceeds from the event will be donated to MusiCares, the leading music charity that acts as a safety net for the music community.

"MusiCares has literally saved more than a few of our friends from dying," said Navarro and Morrison. "Their role cannot be overstated, and we have precious few organizations that actively step in to help people on the brink. On the frontline, finding and paying for beds in treatment, arranging therapy and counseling, and actually speaking up on a public level about the importance of mental health are all reasons why we continue to do what we can to draw attention to this subject."

In 2018, the "Above Ground" guest musicians performed 1980's "Kings Of The Wild Frontier" by ADAM AND THE ANTS and the 1967 self-titled album by THE VELVET UNDERGROUND & NICO. In 2019, they tackled David Bowie's 1972 effort "The Rise And Fall Of Ziggy Stardust And The Spiders From Mars" and THE STOOGES' 1969 self-titled debut LP. 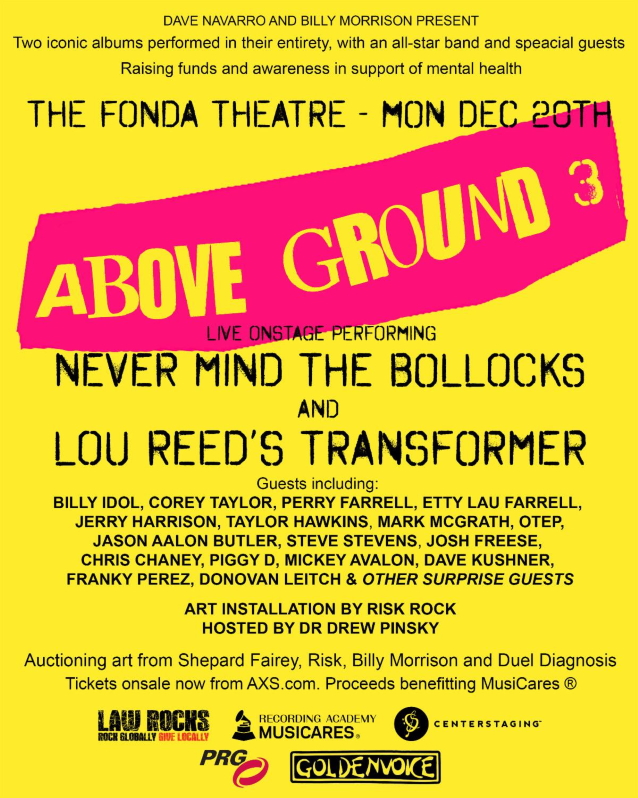