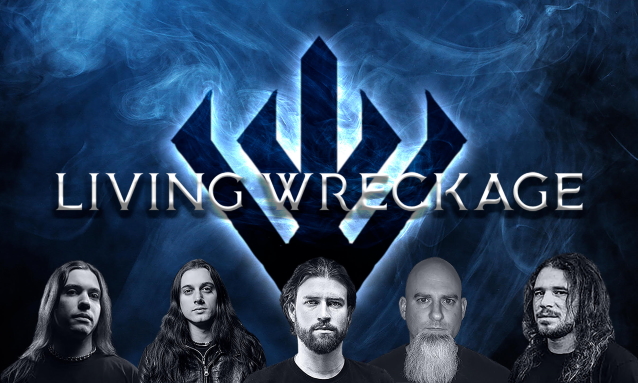 The audio onslaught brought on by Donais, Bachand, Jeff Gard (DEATH RAY VISION),Matt LeBreton (DOWNPOUR) and Jon Morency (LET US PREY) is described in a press release as "a high-energy hybrid of hard rock and metal that has been a long time coming."

Donais comments: "I have been wanting to do a band of this style for a long time — good ol' hard rock/metal that fits somewhere between SKID ROW and PANTERA. I was lucky enough to find the perfect guys for this, and it’s great to be playing original music again with my SHADOWS FALL bandmate Matt Bachand. I can't wait to share some music with everyone."

Singer Jeff Gard adds: "We have a little something for everyone. Metalheads and rock purists alike can all come together to join the party."

LIVING WRECKAGE's full-length debut will be released later in the year. The effort is being produced and engineered by Shane Frisby (UNEARTH, BURY YOUR DEAD) and mixed by Pete Rutcho (REVOCATION, FALLING IN REVERSE). Expect the first taste of music from the band to surface very soon.