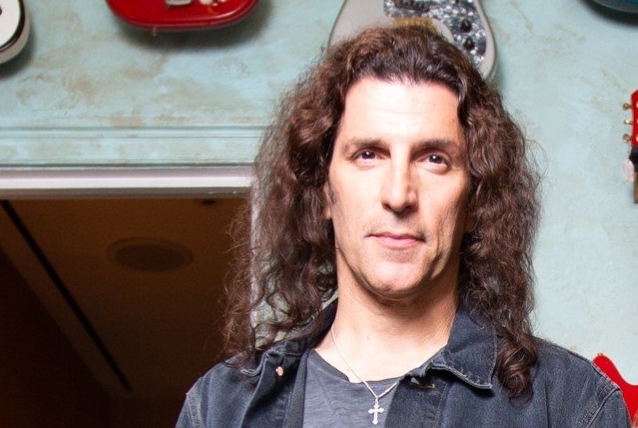 ANTHRAX bassist Frank Bello says that he believes SLAYER would come out of retirement to play more "Big Four" concerts.

During a brand new interview with Graspop Metal Meeting, Bello spoke about whether ANTHRAX would be interested in playing more "Big Four" shows before SLAYER completes its farewell tour.

"That was a very special [thing]," he said. "I hope the 'Big Four' happens again. We're seeing so many people from the next generation that didn't get to see that, and they see the DVD of it, and they say, "When are you gonna do it again?' And I say, 'You have to talk to METALLICA. I would love to do it.'"

According to Bello, SLAYER's impending retirement should not necessarily prevent the legendary California thrashers from taking part in more "Big Four" shows if the opportunity were presented to them.

"I think if you ring up my friends in SLAYER [and tell them], 'We're doing the 'Big Four,'' I think they'd play some shows," he said. "I think they would work it out. I think [they would come out of retirement for it]. The 'Big Four' is special enough that we all rise to it. I would hope they would do that. I mean, I would certainly try to talk them into it."