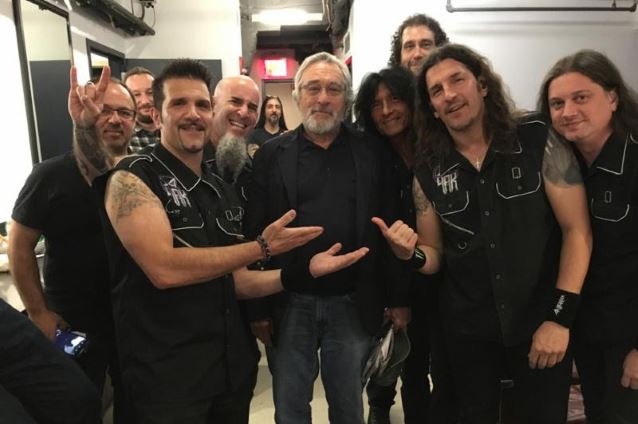 As part of their 35th anniversary celebration, thrash legends ANTHRAX appeared on last night's (Wednesday, August 24) episode of "Late Night With Seth Meyers", performing their new single, "Monster At The End". This was ANTHRAX's "Late Night" debut. In addition, the band got to hang out with iconic actor Robert De Niro, who also guested on the show.

ANTHRAX's "Monster At The End" performance can be seen