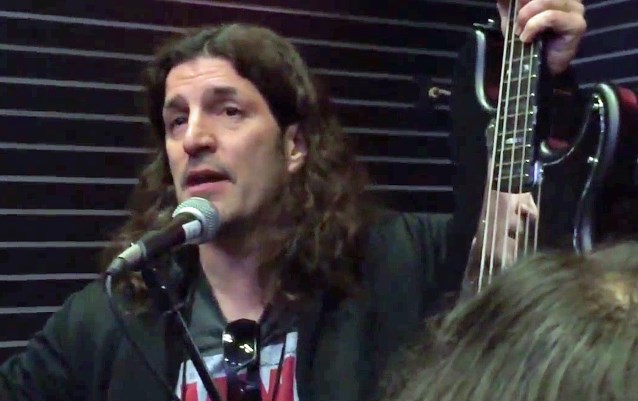 "Iron" Mike Savoia of Savoia Photography Live has uploaded video footage of ANTHRAX bassist Frank Bello's January 22 clinic at the ESP booth at the NAMM show at the Anaheim Convention Center in Anaheim, California. Check it out below.

ANTHRAX, along with producer Jay Ruston, is currently in a Los Angeles studio recording the follow-up to the band's 2011 Grammy-nominated, critically-acclaimed album "Worship Music". The group — Charlie Benante (drums),Frank Bello (bass),Joey Belladonna (vocals),Scott Ian (guitar) and Jon Donais (guitar) — has been writing and demoing new songs over the past few months. The band's as-yet-untitled eleventh full-length effort is set for a 2015 release via Megaforce.