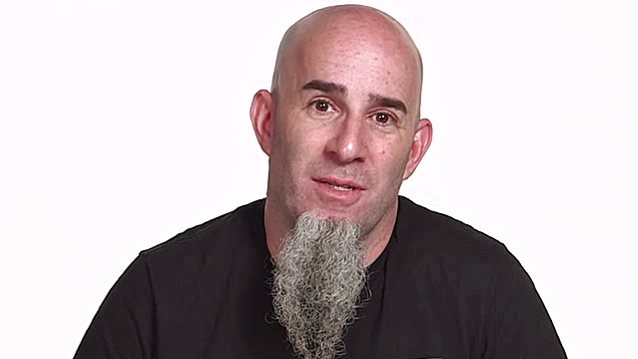 ANTHRAX guitarist Scott Ian has announced a "Speaking Words" spoken-word event on December 30 at BSP in Kingston, New York. He said: "It's my birthday party! Come hear some crazy stories and killer music from me and the Paul Green Rock Academy rippers. It's your New Year's Eve warmup!"

In a January 2015 interview with Sweden's CrankItUp.se, Ian stated about his last European "Speaking Words" tour: "I always look at this as kind of like a… it's such a new thing for me, still, because even though I'm on tour and this is, like, my third tour. I did a tour of the U.K. and I did a tour of the States. Now I'm on this tour. I did some shows in Australia. But still, it's all been over two and a half years. So it still feels very new to me when I'm doing these shows. But I do feel that the show quickly gets better much faster now. Like, from the first show on this run, which was the first show I had done in a year, when I started in Finland last week… I hadn't done it in a year. And I don't warm up, I don't rehearse for this; I just do it. And I was really nervous about the first show in Finland, and then I got on stage, and it was, like… I thought it was the best show I ever did. So I was, like, 'Wow! I feel really good about this.' And then each show even got better and better. I find things I had problems with before, like pacing — sometimes I go too fast, or I miss things, or I forget things — I just feel like the more shows I do, the better it gets. You would hope that would be the case, but I'm actually seeing the results. So I'm feeling really good about it."

Ian's autobiography, "I'm The Man: The Story Of That Guy From Anthrax", came out on October 14, 2014 via Da Capo Press, a member of the Perseus Books Group.

"Swearing Words" is an honest look at the insane life that Scott has led for the last 31 years, the people he's met, and the events that coincide.

Ian said that he called his spoken-word tour "Speaking Words" "because the pretension of saying I am doing a 'spoken-word' tour is too much to bear. This ain't no poetry reading. This isn't an evening of sensitive discourse. It's an evening of ridiculous truth. It's me talking (swearing) about this insane life I've led over the last 31 years, the people I've met and the shit that's happened. And when I'm done swearing, you can ask me anything you want, the floor is yours."

Regarding how the idea for "Speaking Words" came about, Ian told Decibel: "It's something I've always wanted to do, and I've always been trying to figure out how can I do this, how would I ever make this possible. I've seen [Henry] Rollins do it all these years; I saw Rollins, maybe on the first time he ever did a tour I went to see what it was going to be about. I mean, I am a huge fan of Rollins' music and I had read all his books at the time, so I really knew that he had a point of view and something he needed to express and he did it really well. It's something that I always wanted to do and I finally had the opportunity."

Asked where he got the material from and whether it was something that he had sketched out in advance, Scott said: "I am certainly not a joke writer nor am I a stand-up comedian, but I just feel that my life is, in so many ways, ridiculous. The last 32 years of my life spent in a metal band; I've got so many stories, whether it's shit that I've done, people that I've met, stories that I know from other people … I've kinda been in this bubble for so long. I sit around in bars with my friends and I'll get around to telling stories, as we all do, and most of my friends are in this industry or connected to it somehow, so we all have stories and we all sit down and tell stories to each other and crack each other up. I always felt that people need to hear this stuff. This shit is hilarious. It's just a really fun thing for me to do, to relate to people on that level. That's what it is. That's what the material is; it's shit that I have been through in my life." 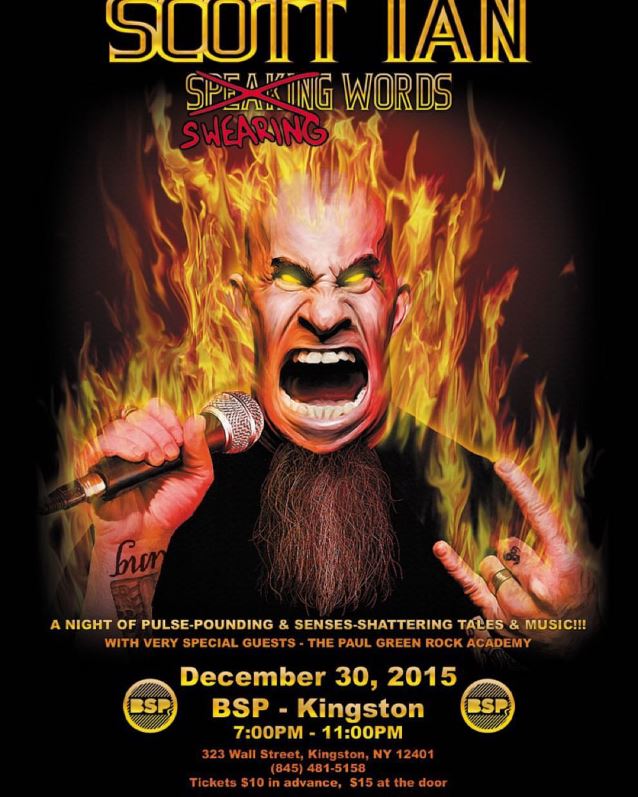