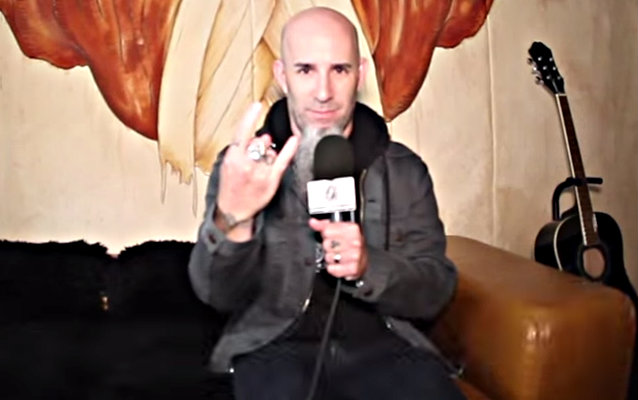 Jo Schüftan of Horns Up Rocks! recently conducted an interview with ANTHRAX guitarist Scott Ian. You can now watch the chat below.

Ian's autobiography, "I'm The Man: The Story Of That Guy From Anthrax", was released on October 14 via Da Capo Press.

Ian recently told Lithium Magazine about how his memoir is different form other rock and roll autobiographies out there: "What makes mine different is that it doesn't take the usual story arc that most of these rock/metal biographies and autobiographies do. That arc is usually the rise to fame, the fame, the crash and burn and then some sort of redemption. I don't have that story arc. I don't know what you would call my story genre, but it's more about coming from nothing and being able to do all that I have done. I think it's about being able to show anybody that no matter where you come from, whether you're a scrawny kid from Queens [New York], you do have the opportunity to make something of yourself. I am the living proof of that. And you don't have to take the normal road that's portrayed in these books. You don't have to take the MÖTLEY CRÜE road."